The 382 Amarna Tablets of the Hebrew Conquest

"They are digging up Bible stories" (again) 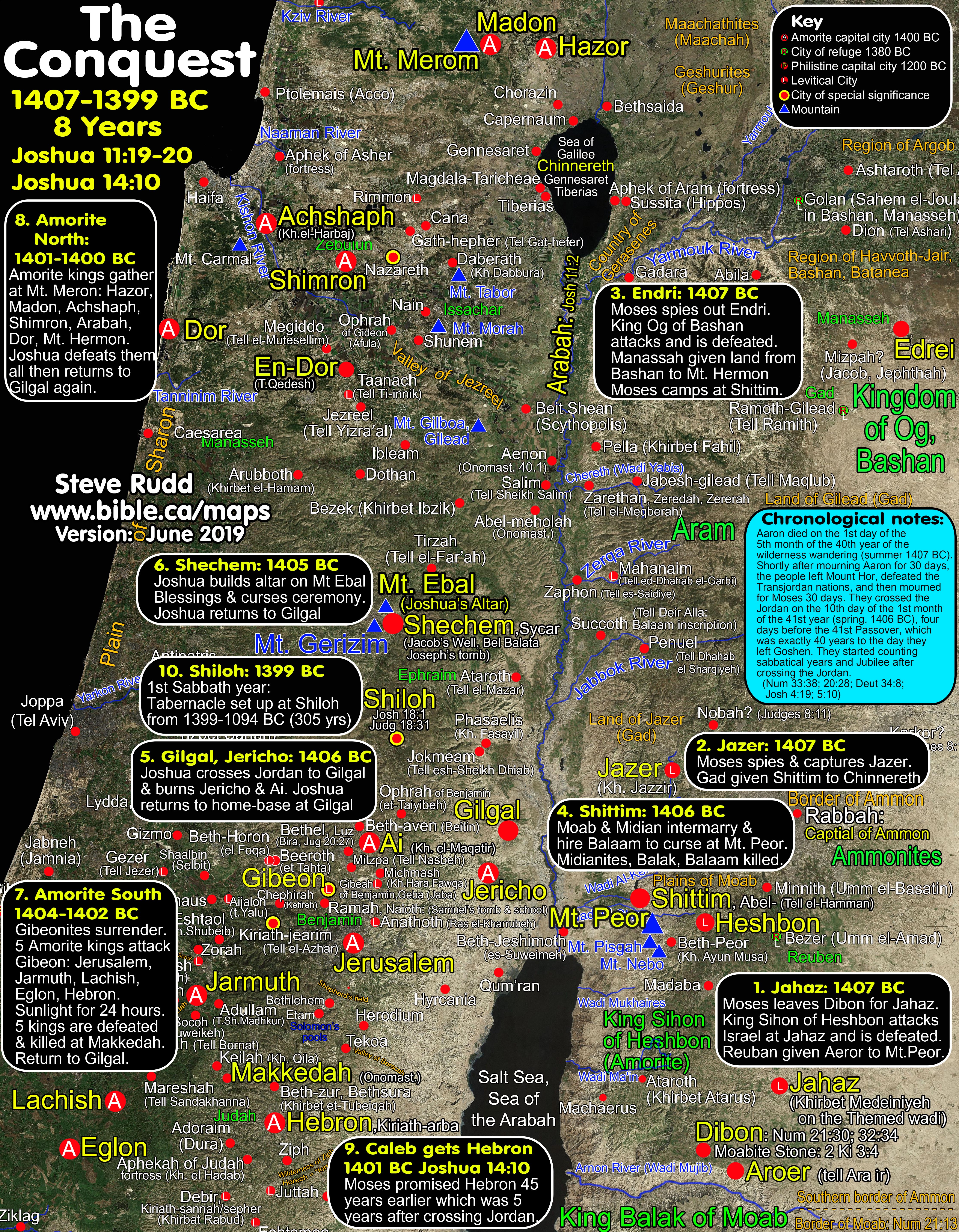 The Chronology of Hebrew Conquest as seen in the Amarna Tablets

4.      Jabin king of Hazor and Sidon were capital cities of states with smaller surrounding cities under their rule:

d.      “Although we do not have any references outside the Bible to the two Biblical Jabins, we do have several references to other kings of Hazor that bore that name. The first such reference comes from Mari. There, tablets dating to the 18th century BC record shipments of tin from Mari to “Ibni-Addad, king of Hazor” (Horowitz and Shaffer 1992:166). The form of the name in the texts is Accadian; the West Semitic form would be “Yabni-Haddad.” Biblical Jabin (Yabin) is simply a shortened form of this same name. A [Second] clay tablet found at Hazor in 1992 also mentions a king named Jabin (Horowitz and Shaffer 1992). Dating to the 18th-17th centuries BC, it is addressed to “Ibni [...].” Again, the name “Ibni” corresponds to Jabin/Yabin in the Bible. It is possible that this is the same Ibni referred to in the Mari tablets. This cannot be confirmed or denied, however, since the Hazor tablet is not precisely dated and, in addition, the last part of the name is missing. The letter was written by an appointee of the king and concerns a disagreement over the transfer of a young woman, possibly a slave. Exhibiting a high-quality style of writing, the tablet unquestionably was a royal document executed by a skilled scribe. The Amarna Letters from the mid-14th century BC twice refer to an unnamed “king” of Hazor (EA 148, EA 227). This is unusual since the other rulers of the city states of Canaan are referred to as “mayor.” This, plus the size of the site, confirms the importance of the city in the Late Bronze Age and verifies the Biblical reference to Hazor as “head of all these kingdoms” (Jos 11:10). Another of the Amarna Letters does give the name of the king of Hazor at this time: Abdi-Tirshi (EA 228). So not all the kings of Hazor were named Jabin! Finally, there is an Egyptian text from the time of Ramesses II (early 13th century BC), which mentions “Qishon of Jabin” (Krahmalkov 1994:61–62). Qishon is located in the Jezreel Valley, near where Deborah and Barak fought the forces of Jabin later in the 13th century. Evidently in Ramesses’ time Qishon was under the control of the king of Hazor, who again was named Jabin (Govier 1994:2). (Jabin, King Of Hazor, Bryant G. Wood, Bible and Spade, p85, 1995 AD)

I. Akhenaten's conversion a stunning marker in history:

III. Timing of the Amarna Letters happened when these three kings were alive: 1404-1340

IV. Akhenaten's conversion to monotheism inspired by the Hebrew exodus and conquest:

1.      Akhenaten’s Monotheism is Historic!!! Like a stunning marker in time, the only possible explanation for Akhenaten change the centuries old religion of Egypt to monotheism, is the triumph of the monotheistic Hebrews over Egypt in the exodus and conquest.

a.      Moved capital from Thebes to Amarna

b.      Fired all the priests and started a new religion like Jeroboam

2.      Both Akhenaten and Muhammad chose one god from many gods that were being worshipped at the time and then elevated that one god to be worshipped to the exclusion of all others. Akhenaten called his god "Aten", Muhammad called his god "Allah". While these religions of monotheism had their origin in pagan idol worship in the day they were invented. Islam is pagan monotheism of “sanitized” moon worship of Allah.

3.      In the photo below, we have Akhenaten with his wife Nefertiti, his child under the sun god "Aten" whose rays of blessing are showering down upon them.

VI. The gallery of the Amarna Tablets:

1.  The photo of each Amarna Letter is an actual photo of that tablet. However in a number of cases, no photo was available, so we substituted a different Amarna Tablet photo.

2.  The text overlaid on each tablet is sometimes a paraphrase that is accurate to the original message.

3.  The order that the tablets are arranged below tells a very fascinating story and read like a novel.

4.  The tablets are arranged on a geographical basis that is opposite to the Bible story.