Coins of the Persian appointed Satraps, Governors of Judah 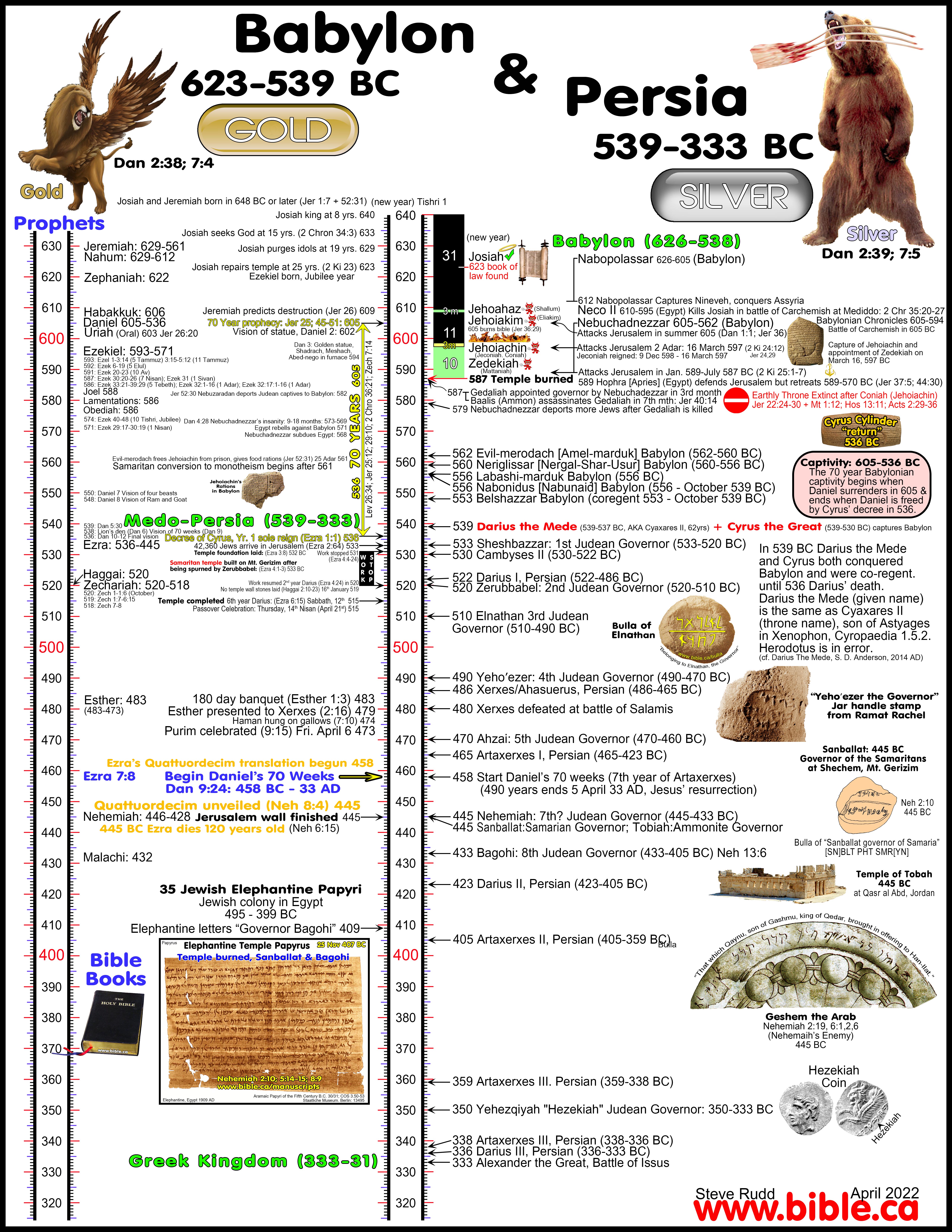 I. Earliest and first Hebrew coins ever minted: Persian before 333BC

II. Persian appointed Jewish governors/princes of the province of Judah: 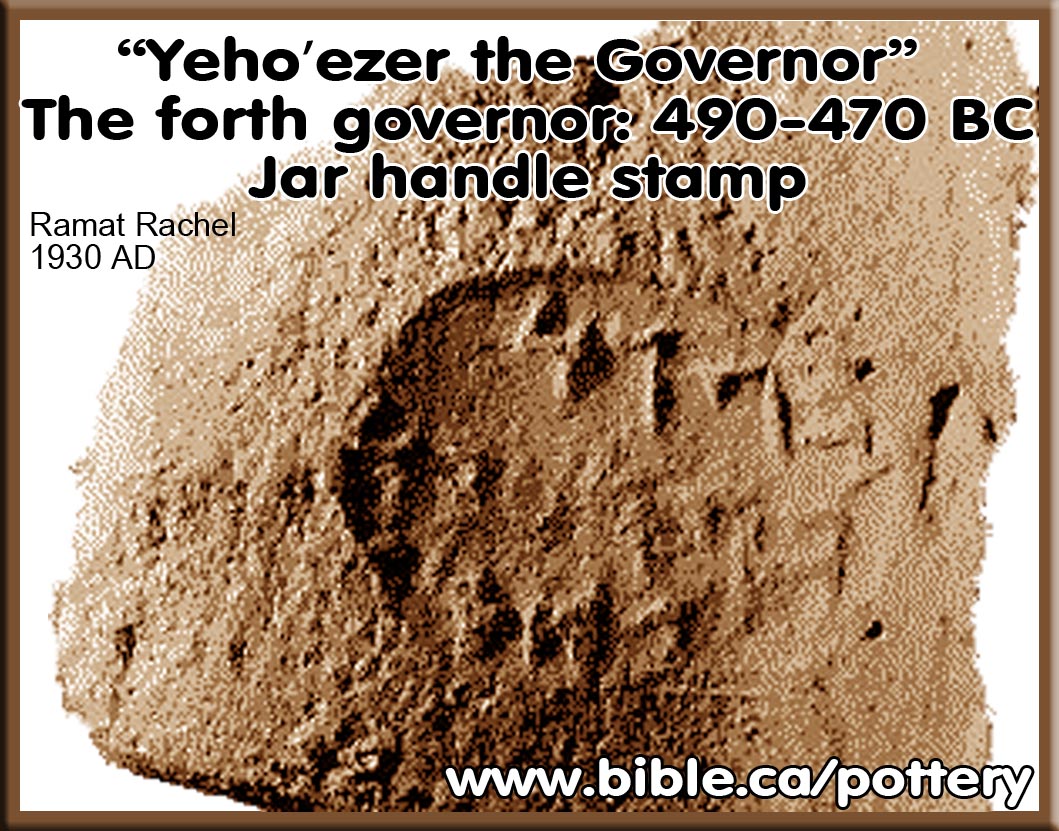 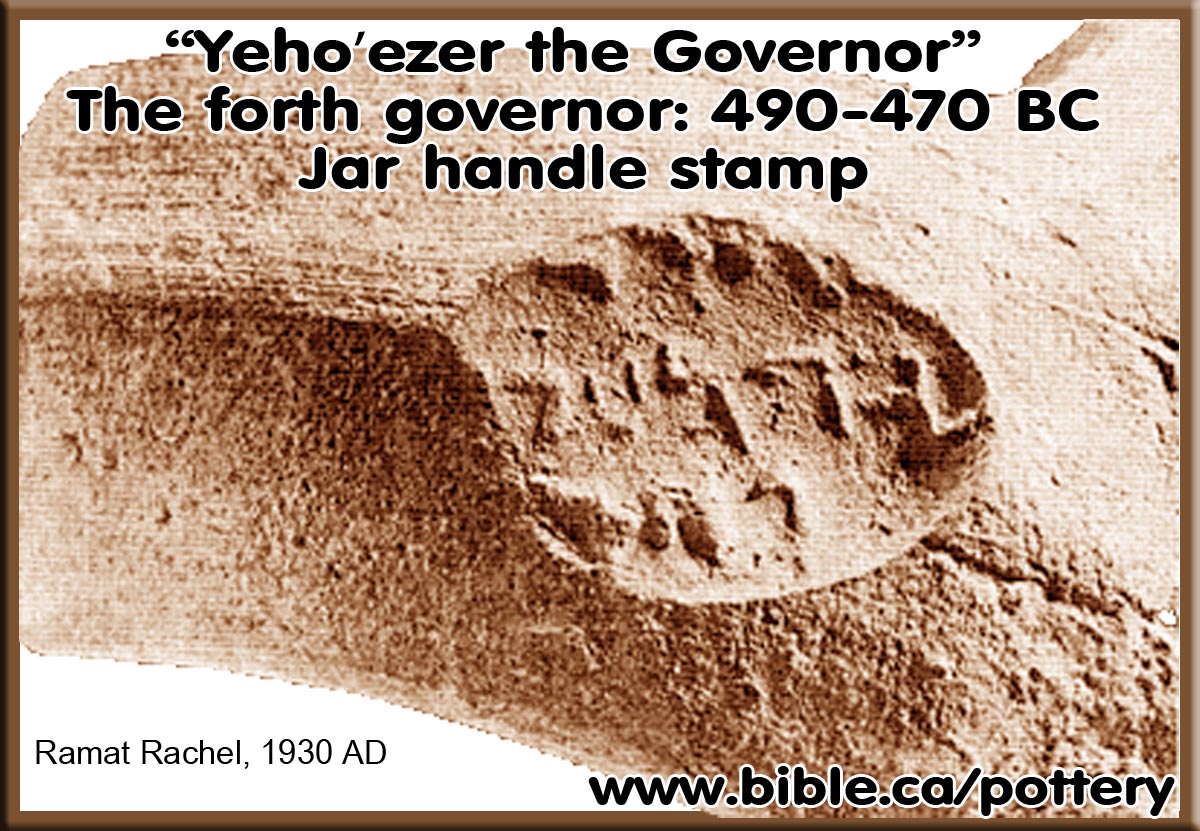 III. "Yehudim" (JEW) was first applied to the Hebrews during the Babylonian captivity:

i.      "Then a fugitive came and told Abram the Hebrew. Now he was living by the oaks of Mamre the Amorite, brother of Eshcol and brother of Aner, and these were allies with Abram." (Genesis 14:13)

i.      "But it came about in the seventh month, that Ishmael the son of Nethaniah, the son of Elishama, of the royal family, came with ten men and struck Gedaliah down so that he died along with the Jews [literally: Yehudim] and the Chaldeans who were with him at Mizpah." (2 Kings 25:25)

i.      "let it be known to the king that the Jews [literally: Yehudim] who came up from you have come to us at Jerusalem; they are rebuilding the rebellious and evil city and are finishing the walls and repairing the foundations." (Ezra 4:12)

IV. "Yehud" (land of Judah) is a unique Persian origin word for the territory of the province of Judah

i.      "Now the prophets, Haggai and Zechariah son of Iddo, prophesied to the Jews who were in Judah [Persian: "Yehud"] and Jerusalem, in the name of the God of Israel who was over them." (Ezra 5:1)

ii.      "May it be known to the king that we went to the province of Judah [Persian: "Yehud"], to the house of the great God. It is being built of hewn stone, and timber is laid in the walls; this work is being done diligently and prospers in their hands." (Ezra 5:8)

iii.      "For you are sent by the king and his seven counselors to make inquiries about Judah [Persian: "Yehud"] and Jerusalem according to the law of your God, which is in your hand," (Ezra 7:14)

iv.      "Then Arioch quickly brought Daniel before the king and said to him: “I have found among the exiles from Judah [Persian: "Yehud"] a man who can tell the king the interpretation.”" (Daniel 2:25)

v.      "Then Daniel was brought in before the king. The king said to Daniel, “So you are Daniel, one of the exiles of Judah [Persian: "Yehud"], whom my father the king brought from Judah?" (Daniel 5:13)

vi.      "Then they responded to the king, “Daniel, one of the exiles from Judah [Persian: "Yehud"], pays no attention to you, O king, or to the interdict you have signed, but he is saying his prayers three times a day.”" (Daniel 6:13)

V. "Tirshatha" (governor) is a unique Persian origin word for a governor of the province of Judah appointed by a Persian king.

VI. "Pehah" is the standard Hebrew word for "governor, Satrap"

VII. Inscriptions found on coins and pottery from the Persian era: 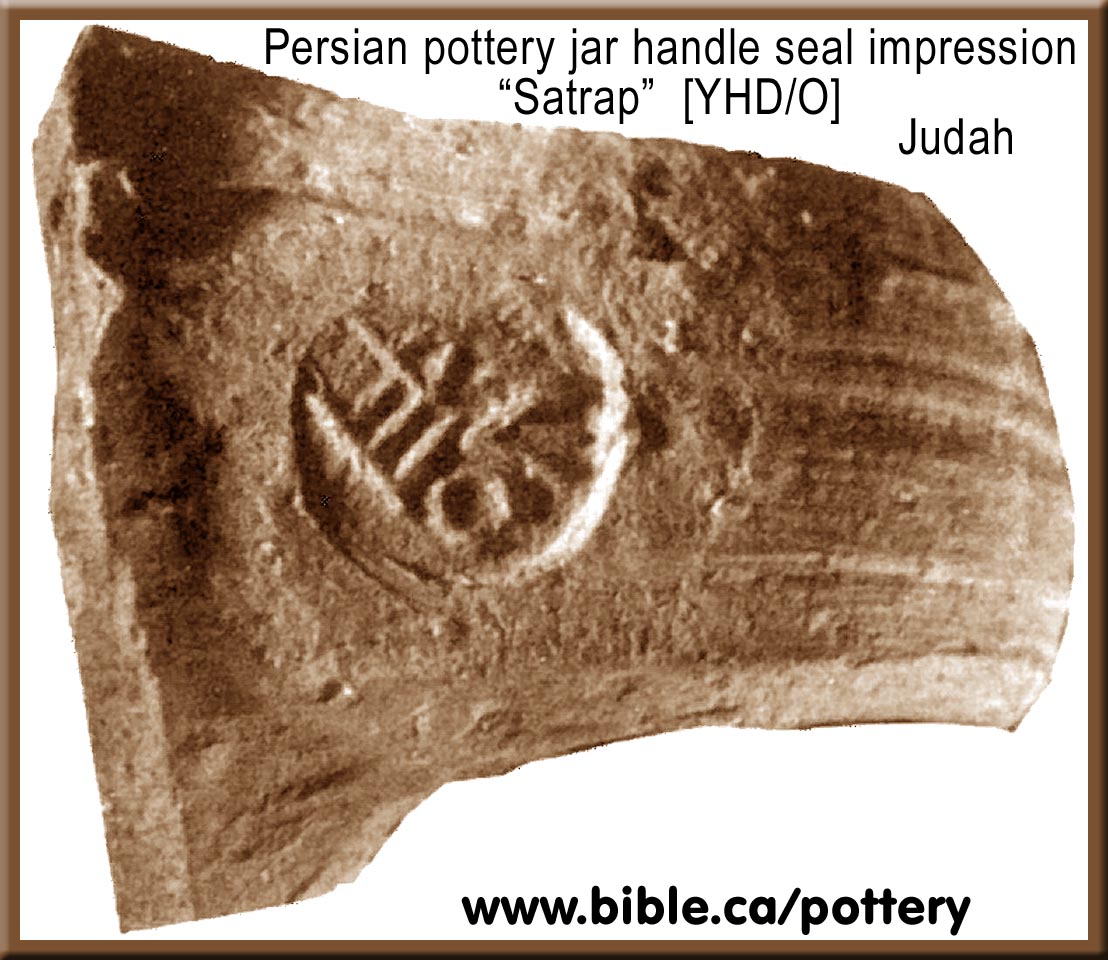 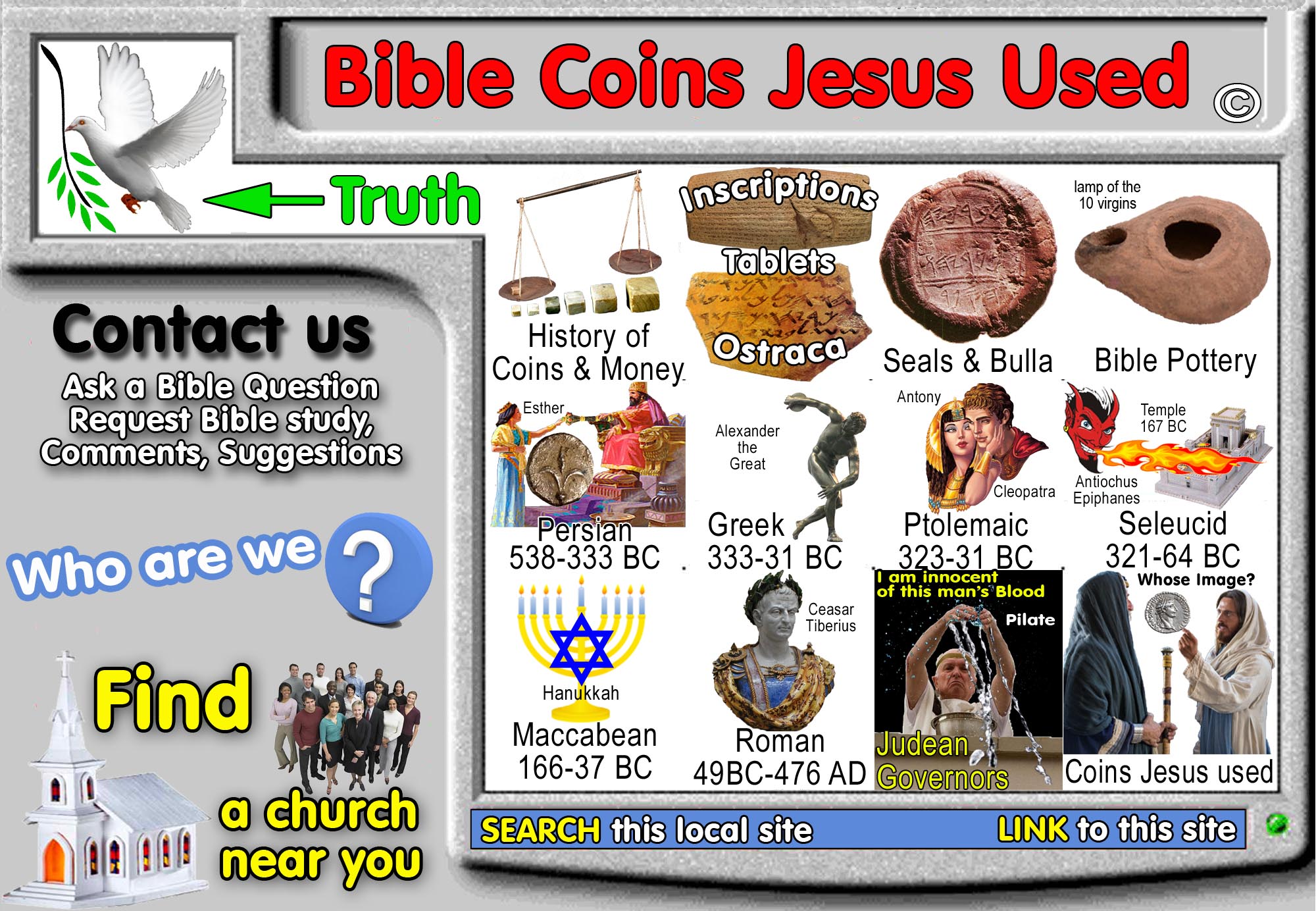