a.           First, Antiochus IV in 167 BC desecrated the temple which triggered the Maccabean insurrection. This was an exact and perfect fulfillment and the Hasmoneans would check off the prophecy as 100% fulfilled.

b.           Second, Jesus made it clear in Mt 24:15 that it also refers to the destruction of the temple by the Romans in AD 70. We would not have known this was a dual prophecy except for the New Testament identifying it as such. Jesus’ reference to “standing in the holy place” refers back to Dan 8:7-8, 13 “both the holy place and the host to be trampled”.

2.           The Abomination of desolation is the Roman Armies that surrounded and destroyed Jerusalem in 70 AD.

b.           28th August AD 66: Manahem arrives at Jerusalem and surrounds the city fulfilling Lk 21:20 but is killed on 15th September AD 66. (Wars 2.433-440) This was likely when the second wave the Christians fled the city. The first Christians would have left when they first read the book of Revelation in the early spring of AD 66. After entering the city as a leader, Manahem was finally defeated and fled the city on 15th September AD 66 and later killed. While the Jews would have felt safe, the Christians knew disaster was near for the city. This corresponds to the second attach of Nebuchadnezzar on Jerusalem on 9th December 598 BC when Jehoiachin/Jeconiah/Coniah and Ezekiel obey the order of Jeremiah and surrender voluntarily (2 Kings 24:10-16). They are deported along with a group of 3023 Jews who surrendered by Nebuzaradan: Jer 52:29. These would likely have been caught up in the weedy and rocky soils of life (parable of the sower) but they finally obeyed the second command to leave. They would likely only get out of the city with the easiest of possessions to convert to cash.

c.           The Roman armies were the abomination which causes abomination when Manahem surrounded the, Christians where given opportunity to leave.

b.           Daniel’s figure of 1,150 days does not exactly agree with the number from Maccabees, but it is close enough. We will use the dating from 1 Maccabees, understanding it is in error in relation to the inspired number in the book of Daniel.

d.           Temple liberated and sacrifices restored: 14th December 164 BC: "And they rose early in the morning of the 25th  of the 9th month, this is the month Chislev, the 148th year, and they offered up sacrifices according to the law on the altar for the burnt offerings, the new one that they made." (1 Maccabees 4:52–53)

f.            The author has excavated many Antiochus IV coins at Khirbet el-Maqaitir and Shiloh. 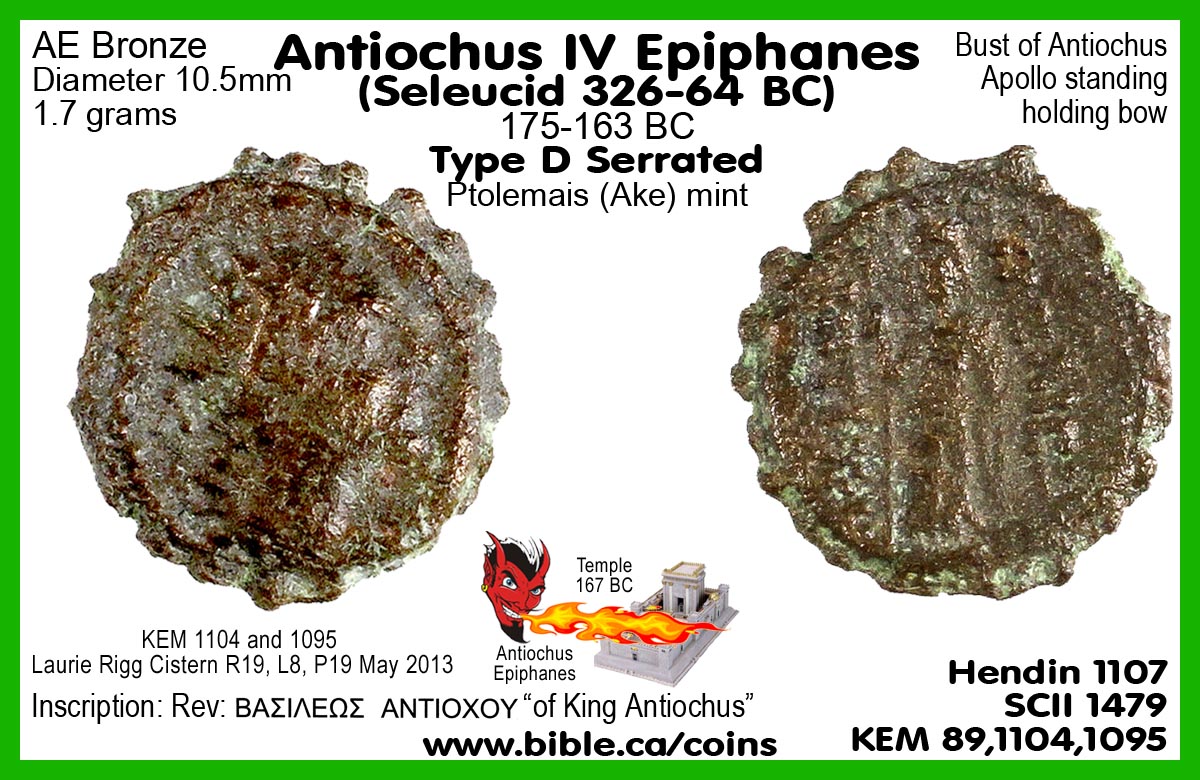 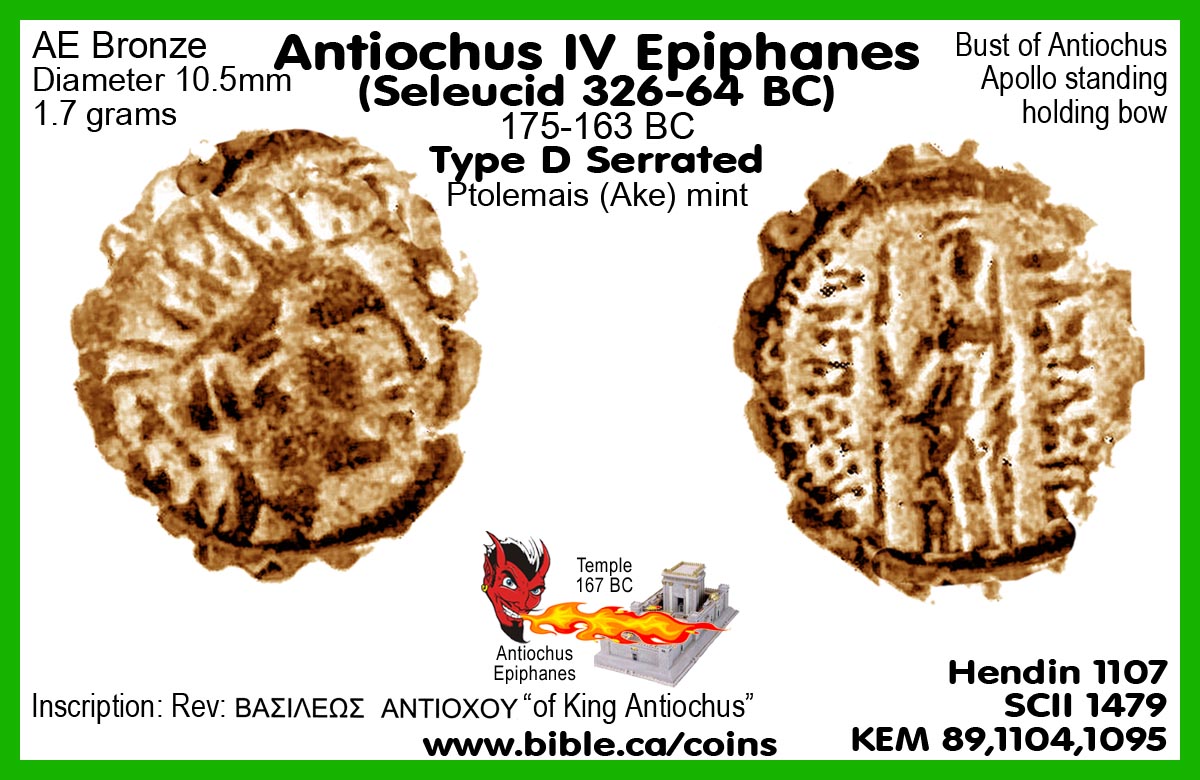 5.           This is typical Midrashic style and is useful as a guide in decoding the Olivet Discourse.

e.                  Just before Christians are wiped off the face of earth, God presses the second coming button and Satan is defeated.