1.      The story about the false prophet Hananiah son of Azariah from Gibeon is found in Jeremiah 28.

2.      Hananiah was corrupt and faithless and used his position in the Naioth preachers school to his own power, prestige and of course money.

3.      He likely the head prophet of the institutional, certified "mainline certified" prophets from Gibeon and Ramah:

a.      Around 1030-1014 BC Samuel's ancient prophets school called "Naioth", is located at Ramah, which overlooks Gibeon less than 1 km to the north: "Now David fled and escaped and came to Samuel at Ramah, and told him all that Saul had done to him. And he and Samuel went and stayed in Naioth. It was told Saul, saying, “Behold, David is at Naioth in Ramah.”" (1 Samuel 19:18–19)

b.      In 1010 BC Gibeon is where Joab, the army general of David and Abner, the army general of Saul's son Ish-bosheth invented the battle strategy used in the Battle of 1812AD where Canada womped the USA in war and sent the running home to Dixie: "Now Abner the son of Ner, went out from Mahanaim to Gibeon with the servants of Ish-bosheth the son of Saul. And Joab the son of Zeruiah and the servants of David went out and met them by the pool of Gibeon; and they sat down, one on the one side of the pool and the other on the other side of the pool. Then Abner said to Joab, “Now let the young men arise and hold a contest before us.” And Joab said, “Let them arise.” So they arose and went over by count, twelve for Benjamin and Ish-bosheth the son of Saul, and twelve of the servants of David. Each one of them seized his opponent by the head and thrust his sword in his opponent’s side; so they fell down together. Therefore that place was called Helkath-hazzurim, which is in Gibeon." (2 Samuel 2:12-16) 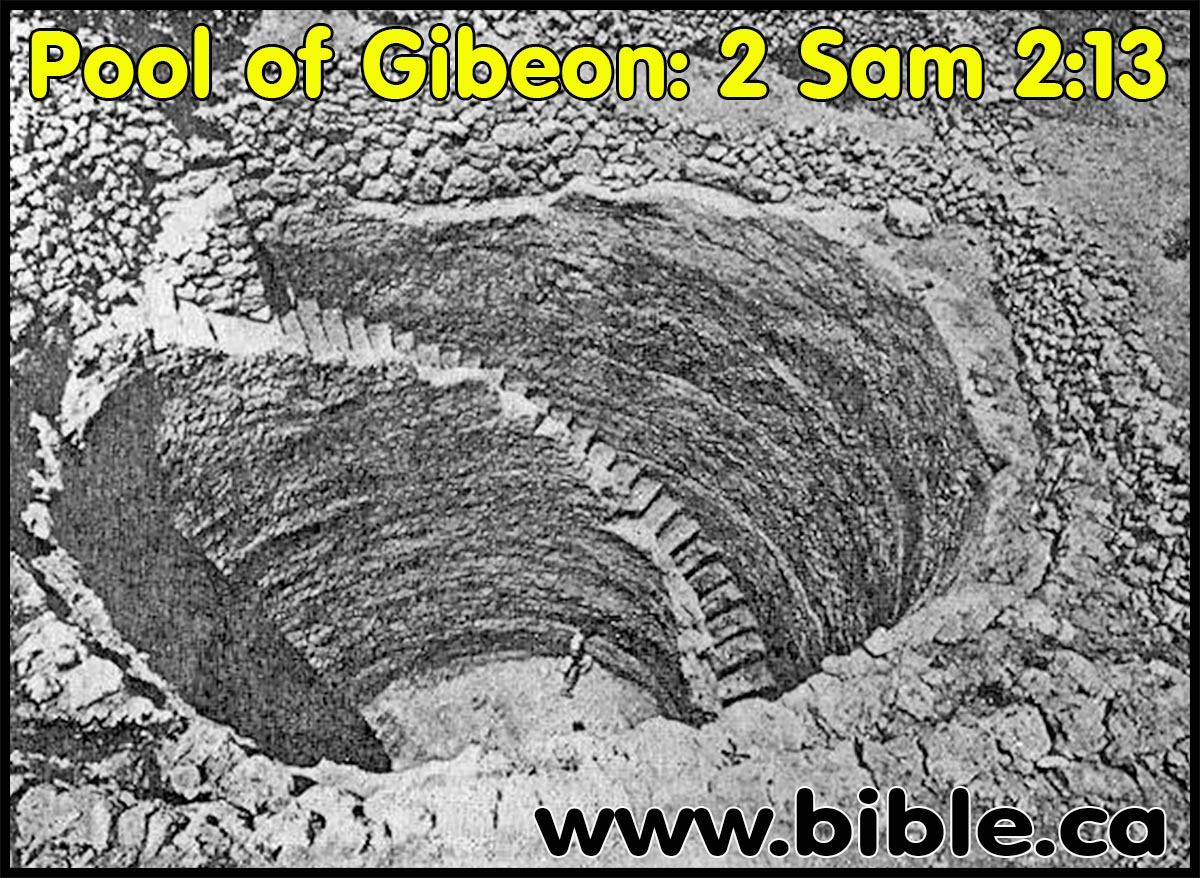 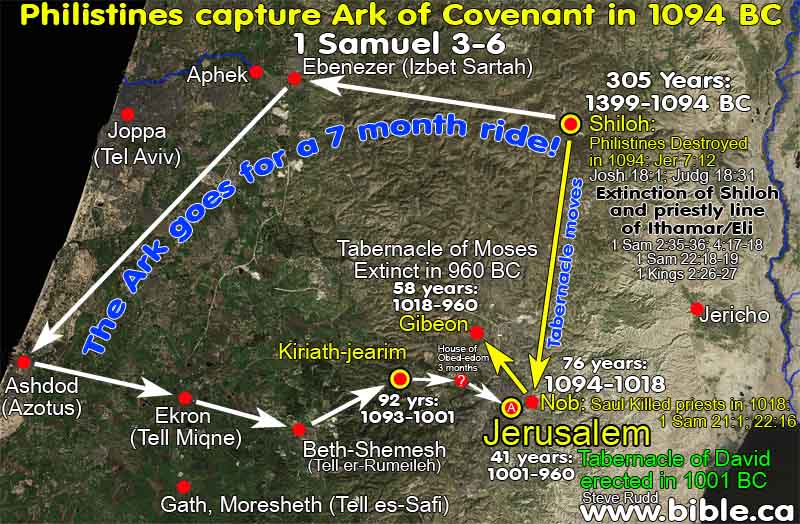 d.      Gibeon was used by the kings as a royal city. When the tabernacle of Moses was taken down the put in the storerooms of the temple of Solomon the former important real estate of the "Gibeon temple mount" became a residence for the elite among the prophets and servants of the King. This probably explains why the head prophet of Israel came from Gibeon. They have found many pottery stamps with LMK "for the king" in the excavations there. 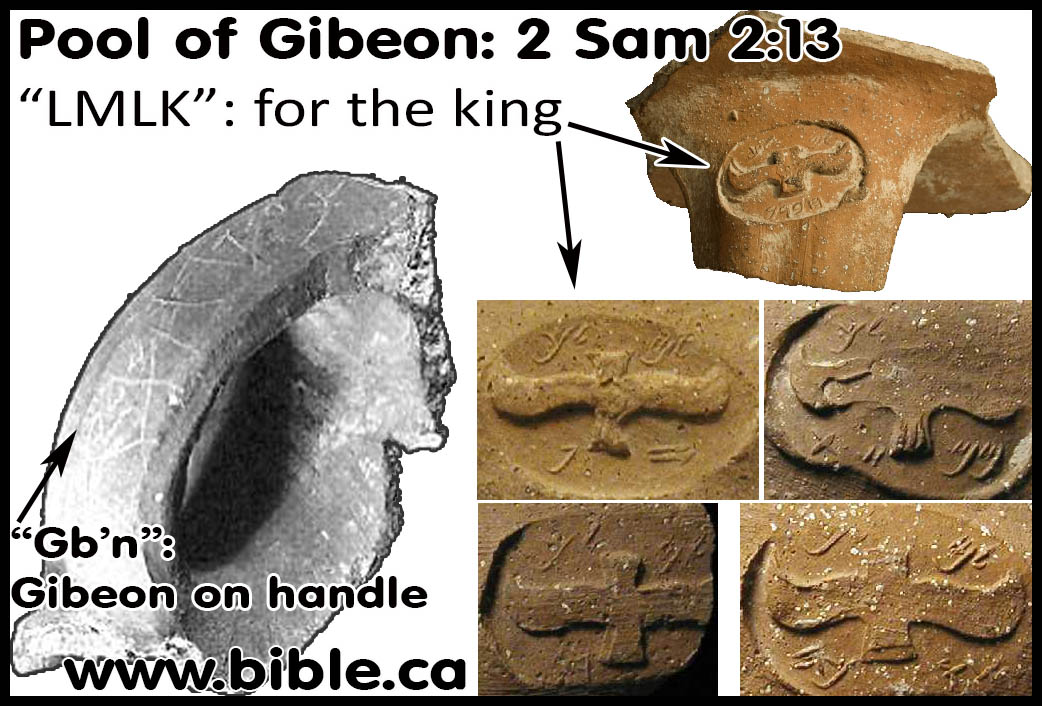 e.      So Hananiah was likely the leading prophet instructor of the now corrupt and institutionalized prophets school that Samuel founded.

I. Archeological information about the seal of Hananiah son of Azariah: Unprovenanced

1.      In 1980 AD a seal surfaced on the private antiquities market in Jerusalem and are currently housed at the Western Asiatic Department of the State Museums at Berlin (VA 32).

a.      We do not have any photos of the seal, only a replica bulla made from the ancient seal.

b.      We do not know what the seal is made of or where it originated from.

2.      "SEALS WITH FLORAL DECORATIONS There are also some seals with floral decoration. Two elegantly engraved signets, which were found in Jerusalem, are preserved in the Western Asiatic Department of the State Museums at Berlin (VA 32 and 33). On VA 32, the inscription in two lines, separated by the usual double line, is surrounded by an oval line. All round this oval line there is a rather unusual decoration of pomegranates. This fruit, called in Hebrew rimmon, is often mentioned in the O.T. (Deut. viii.8 ; Joel i.12 ; Songs viii.2, etc.). Pomegranates figure in the ornamentation of the priestly robes (Exod. xxviii.33, etc.) and in the carv- ings of the Temple (t Kings vii.18, etc.), and their beauty is alluded to in Song iv.3, 13, etc. The inscription reads thus: Ihnnvhw bn'zyrhw: belonging to Hananiali son of Azariah." Both names occur in the O.T. (e.g. Jer. xxviii. 1 ; 2 Kings xv.6, 8). Curiously enough, VA 33 presents many features analogous to those of VA 32. It too contains an inscription in two lines separated by a double line ; the engraved face is surrounded by an oval line ; the name of the owner is the same, but not the patronymic ; and it is very elegantly engraved. Its floral decoration is, however, different. It is divided into three zones, the upper one, separated from the rest by a double line, containing a seven-leaved palmette. A nearly identical decoration is found on a fragment which belonged to a stone decorative frieze of the synagogue at Chorazin (Khirbet Kerazeh), to the north of the Sea of Gennesaret, though the seal is probably nine hundred years older than the synagogue. The inscription reads : lhnnyhw ' (Belonging) to Hananiah bnlbr son of Achbor' Of particular interest is the name Achbor 'mouse' (2 Kings xxii.I2), names of animals being rare in inscriptions. (Documents from Old Testament Times: Ancient Texts and Translations, D. Winton Thomas, p 225, 2006 AD)

I. Nebuchadnezzar's Dream and the golden statue he built:

1.      In 602 BC Daniel interprets the dream of Nebuchadnezzar's 5 succeeding world kingdoms statue where he is the head of gold.  (Babylon, Medo-persia, Greece, Rome, Church.)

a.      "Nebuchadnezzar the king made an image of gold, the height of which was sixty cubits and its width six cubits; he set it up on the plain of Dura in the province of Babylon." (Daniel 3:1)

3.      In spring of 595 BC Nebuchadnezzar orders every vassal world leader under his domain, including Zedekiah, to attend the official unveiling of the golden image in Babylon.

4.      In October 595 BC Zedekiah and Seraiah his quartermaster, leave Jerusalem to make the trip to Babylon for the dedication of the golden image of Nebuchadnezzar in the plain of Dura outside of Babylon.

a.      "The message which Jeremiah the prophet commanded Seraiah the son of Neriah, the grandson of Mahseiah, when he went with Zedekiah the king of Judah to Babylon in the fourth year of his reign. (Now Seraiah was quartermaster.) So Jeremiah wrote in a single scroll all the calamity which would come upon Babylon, that is, all these words which have been written concerning Babylon. Then Jeremiah said to Seraiah, “As soon as you come to Babylon, then see that you read all these words aloud, and say, ‘You, O Lord, have promised concerning this place to cut it off, so that there will be nothing dwelling in it, whether man or beast, but it will be a perpetual desolation.’ “And as soon as you finish reading this scroll, you will tie a stone to it and throw it into the middle of the Euphrates, and say, ‘Just so shall Babylon sink down and not rise again because of the calamity that I am going to bring upon her; and they will become exhausted.’ ” Thus far are the words of Jeremiah." (Jeremiah 51:59-64)

b.      Seraiah part of the scribal family and was the brother to Baruch, Jeremiah's scribe who wrote the scroll that Jehoiakim burned in 605 BC.

1.      In spring of 595 BC, Nebuchadnezzar dedicates his golden image ceremony and everyone must bow down when the musical instruments start playing.

a.      Zedekiah would have been in the front row with the other heads of state under Nebuchadnezzar's control.

b.      Zedekiah surely bowed down to worship the statue.

c.       Meanwhile Shadrach, Meshach, Abed-nego refuse to bow down and are thrown into the fiery furnace in Nebuchadnezzar's rage.

2.      In spring of 595 BC, when Nebuchadnezzar saw the angel who saved Shadrach, Meshach, Abed-nego from death

a.      He brought Zedekiah, along with the other world leaders to witness first hand the miracle and meet in person Shadrach, Meshach, Abed-nego.

b.      Zedekiah likely shook the hands or hugged or kissed Shadrach, Meshach, Abed-nego after God saved them: "The satraps, the prefects, the governors [Zedekiah would certainly be there] and the king’s high officials gathered around and saw in regard to these men that the fire had no effect on the bodies of these men nor was the hair of their head singed, nor were their trousers damaged, nor had the smell of fire even come upon them." (Daniel 3:27)

c.       Nebuchadnezzar proclaimed faith in YHWH: "Nebuchadnezzar responded and said, “Blessed be the God of Shadrach, Meshach and Abed-nego, who has sent His angel and delivered His servants who put their trust in Him, violating the king’s command, and yielded up their bodies so as not to serve or worship any god except their own God. “Therefore I make a decree that any people, nation or tongue that speaks anything offensive against the God of Shadrach, Meshach and Abed-nego shall be torn limb from limb and their houses reduced to a rubbish heap, inasmuch as there is no other god who is able to deliver in this way.”" (Daniel 3:28-29)

a.      Nebuchadnezzar was a pagan idol worshipper.

c.       It is very sad that Zedekiah who sat on the very throne of Yaweh DID NOT BELIEVE IN YAWEH.

d.      It is shocking that the king of Israel who bowed down to Nebuchadnezzar's golden pagan god image had to learn from a pagan king that you should not worship idols but God (YHWH) alone!

e.      What an incredible rebuke of Zedekiah that must have been humiliating!

1.      In July 595 BC Zedekiah arrived home in Jerusalem and rebels against Nebuchadnezzar because of the false prophecies of Hananiah son of Azariah!

a.      A great show down between false prophet Hananiah and Jeremiah erupts.

b.      This showdown was every bit as spectacular as the one on Mt. Carmel where Elijah challenges the 850 false prophets of Baal.

c.       Jeremiah is told by God to make a wooden yolk and wear it on his neck as an warning allegory to Edom, Moab, Ammon, Tire, Sidon and Zedekiah in Jerusalem that they MUST SERVE Nebuchadnezzar.

d.      Hananiah takes the wooden yolk of Jeremiah, smashes it on the floor in front of king Zedekiah and prophecies falsely that in two years God will smash the yolk of Babylon from the neck of the nations and all the temple vessels will be returned to Jerusalem.

e.      Jeremiah says that Hananiah will die for his false prophecy and now the yolk which Zedekiah will wear when he is deported to Babylon will be bronze not wood.

2.      In September 595 BC Hananiah dies two months after Jeremiah condemned him to death.