Tabernacle of Moses (Tent of Meeting) 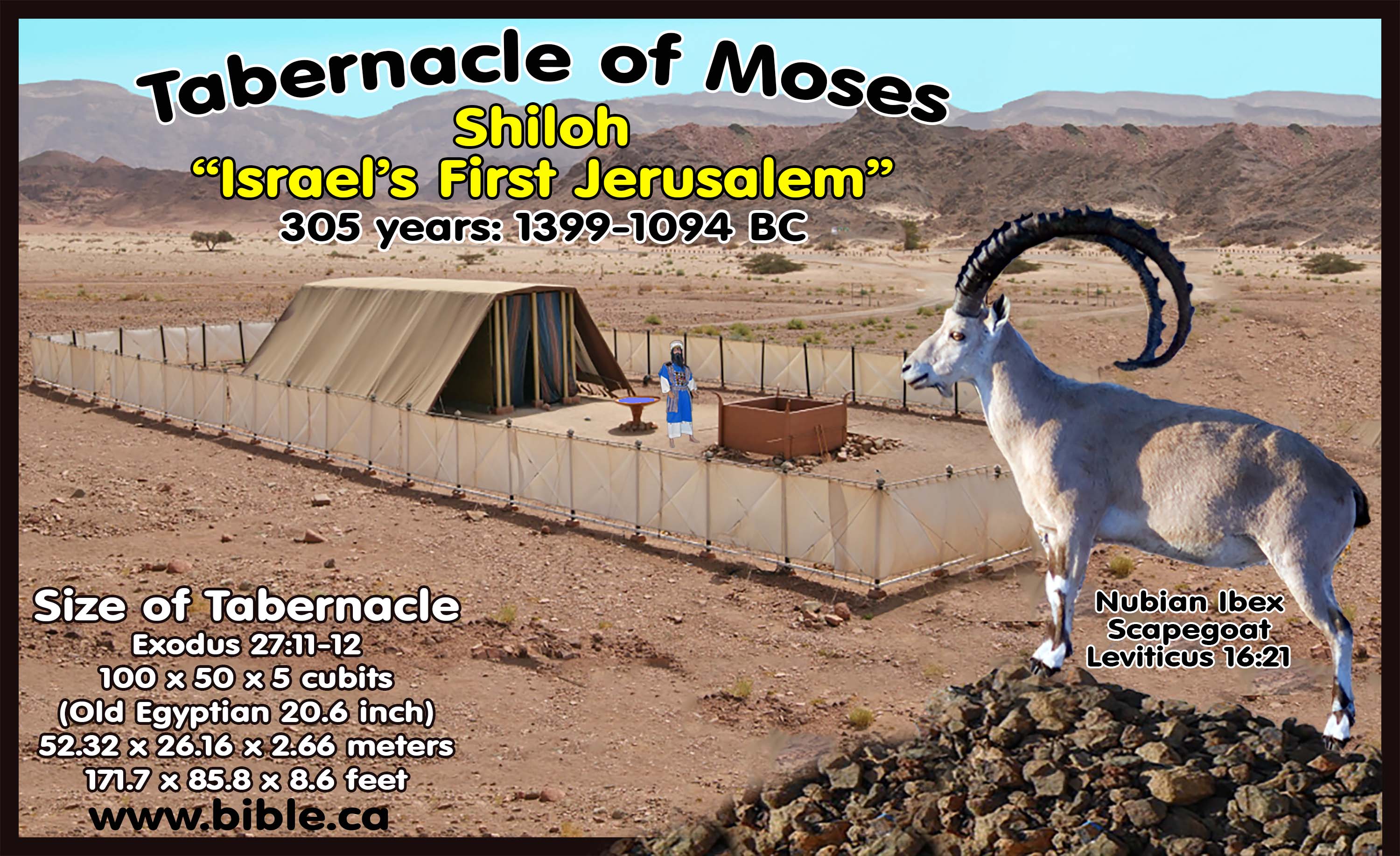 You can volunteer with Associates for Bible Research to Excavate Shiloh!

Here is your Professional Dig Staff who will make your visit to Israel amazing and memorable.

"What we dig in the ground we find in the Book" 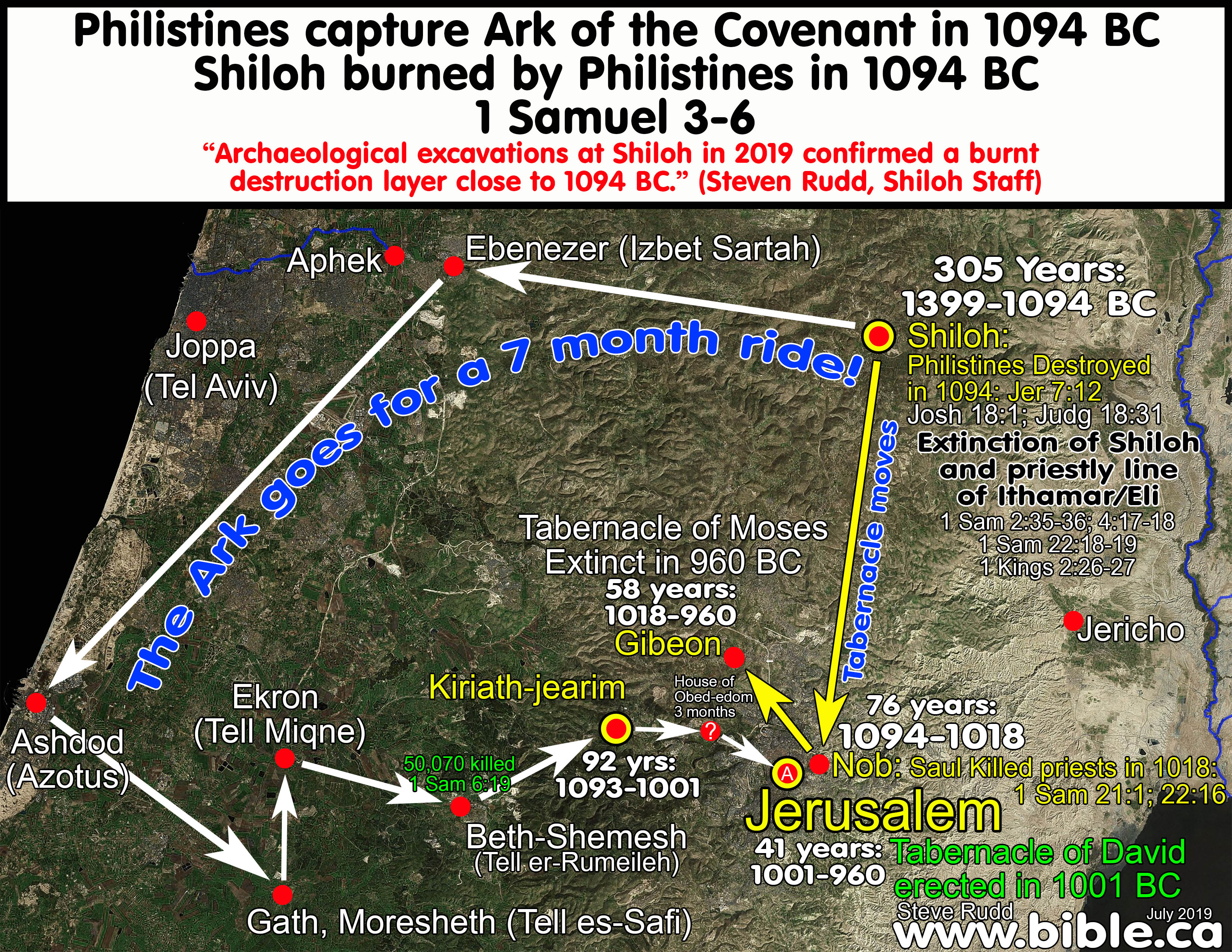 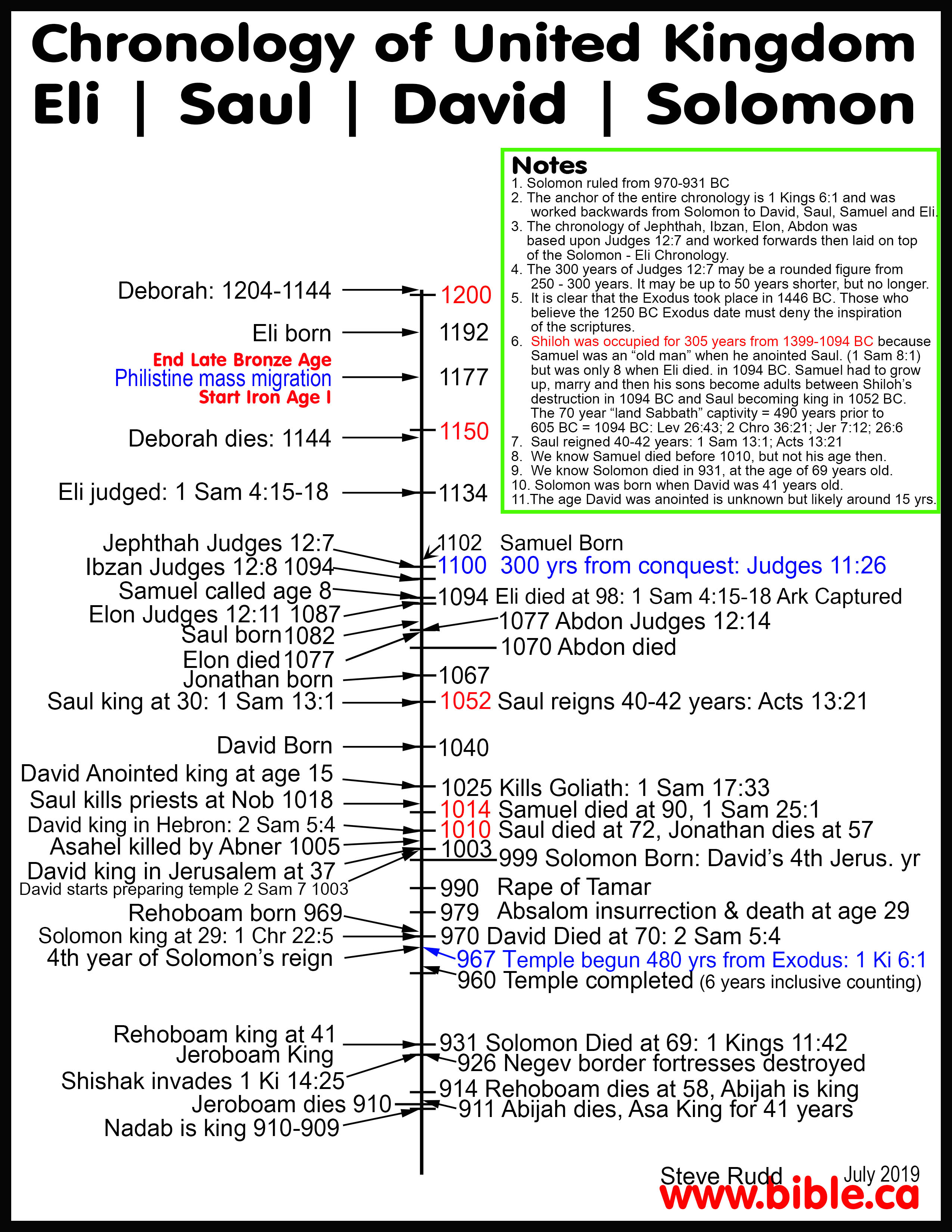 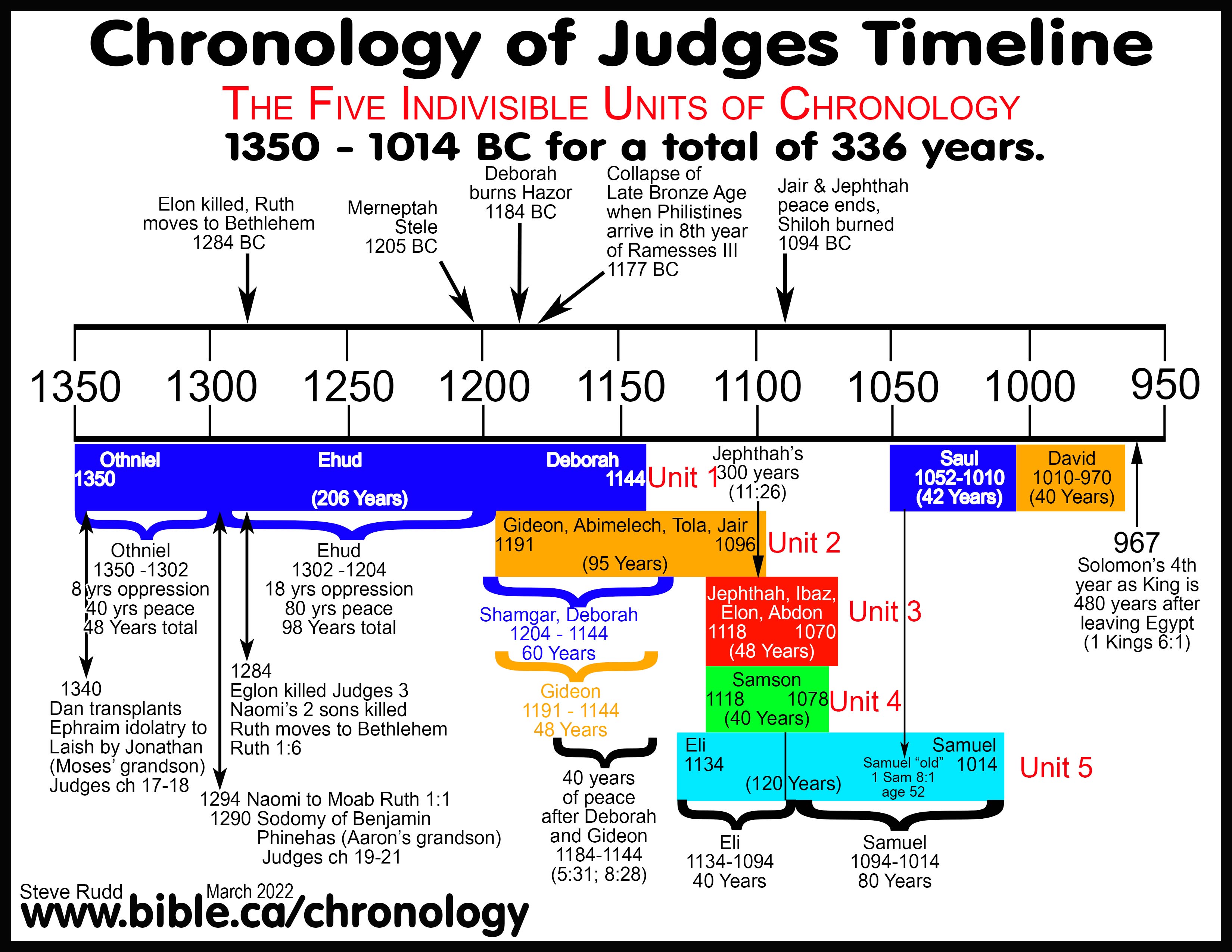 See also: History of the Temple

2.      The book of Judges is a cycle of apostasy, oppression, repentance and deliverance. The book of 1 Samuel opens at an evil time.  Idolatry is rampant throughout Israel and the moral faithless corruption of the High Priest Eli and his two sons, is more than God can tolerate. God is about to strike Israel a huge blow at the hands of the Philistines.

3.      The tabernacle of Moses has been at Shiloh for about 300 years, but God is about to drive both Shiloh and the Eli line of priesthood into extinction.

4.      The ark of the covenant will be captured by the Philistines, Shiloh will burn, the tabernacle will move to Nob and the ark will end up at Kiriath-jearim.

6.      The ark of the covenant is captured and goes on a seven month ride through the Philistine pentapolis:

a.       The ark is taken by the Hebrews from Shiloh to Ebenezer where it is captured.

b.      From Ebenezer it is in Philistine hands and although the Bible doesn't tell us it may have been taken to the Philistine camp at Aphek briefly.

c.       From Ebenezer it moves through three of the five Philistine capital cities: Ashdod, Gath and Ekron.

d.      At each of these three cities God strikes the Philistines with plague, boils, insanity and death.

e.      Finally the Philistines send the ark on an ox cart to Beth-Shemesh inside Jewish held territory. 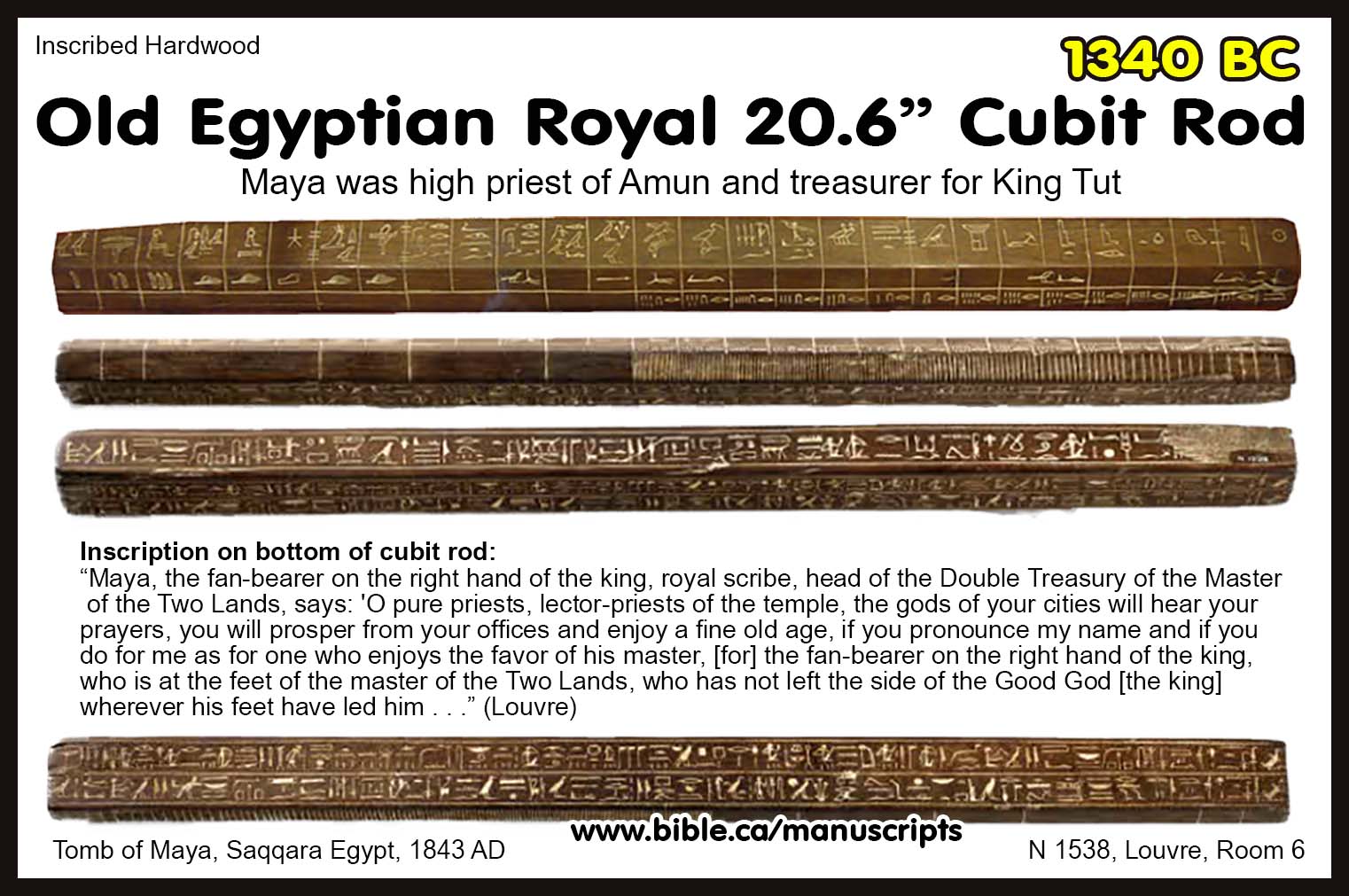 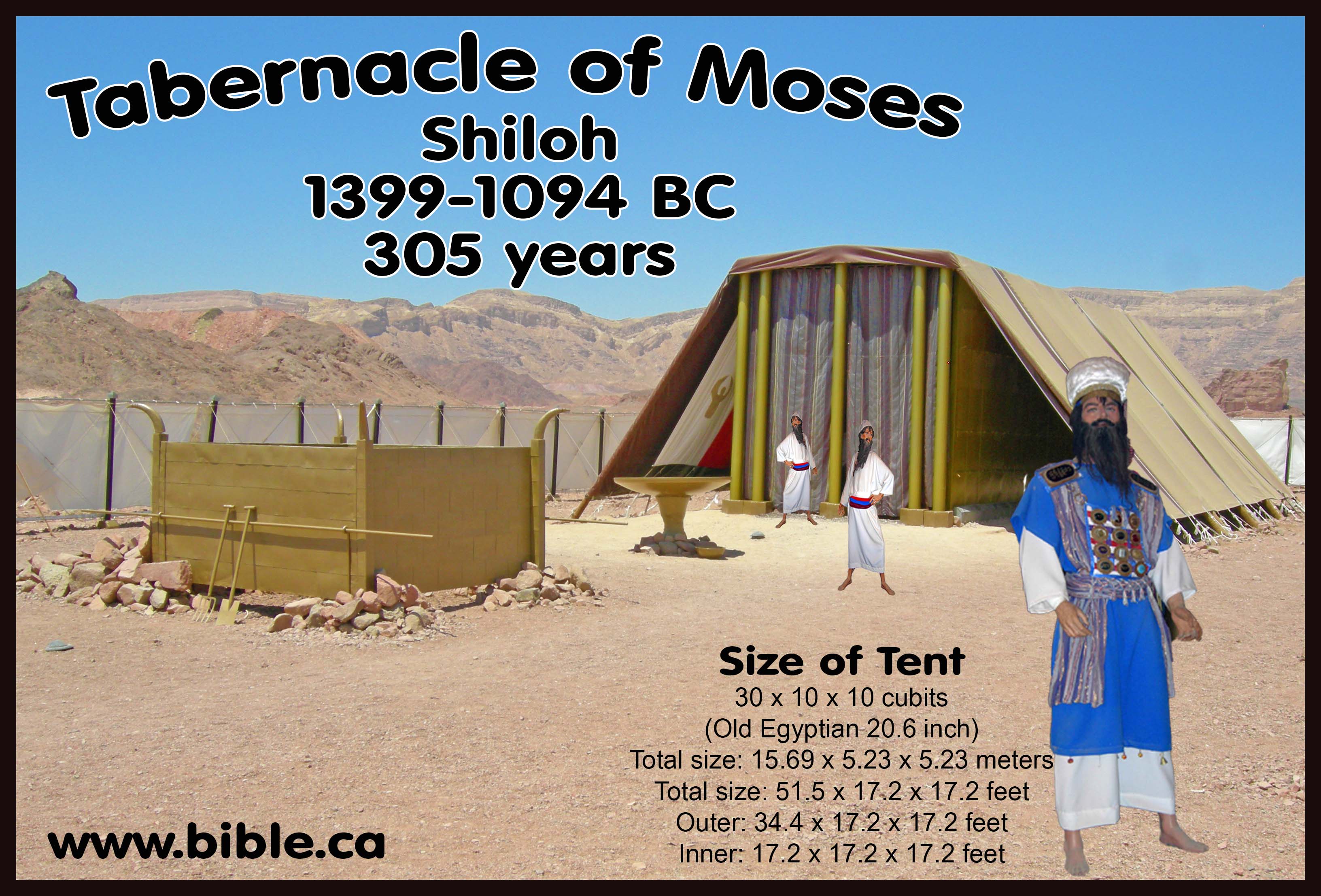 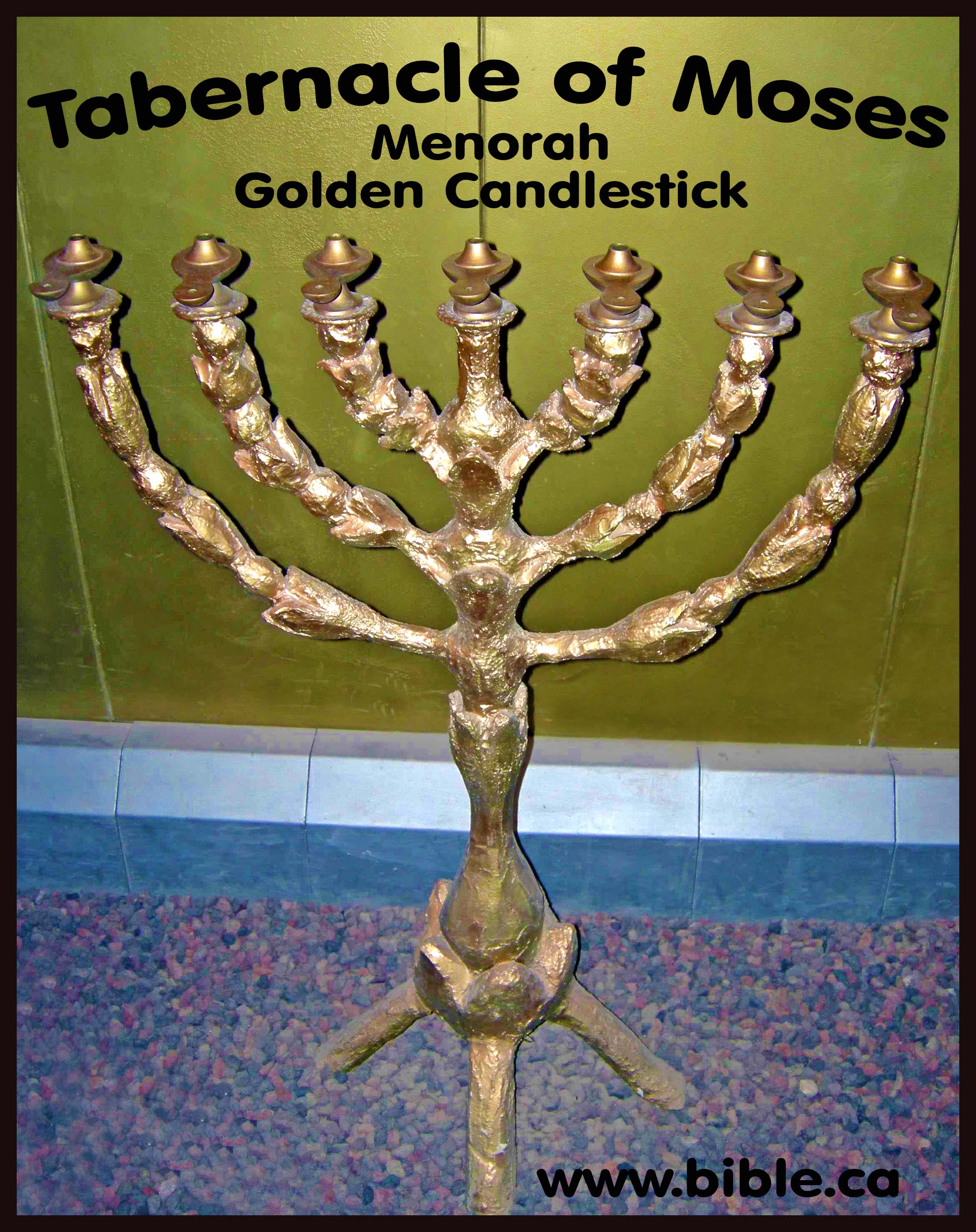 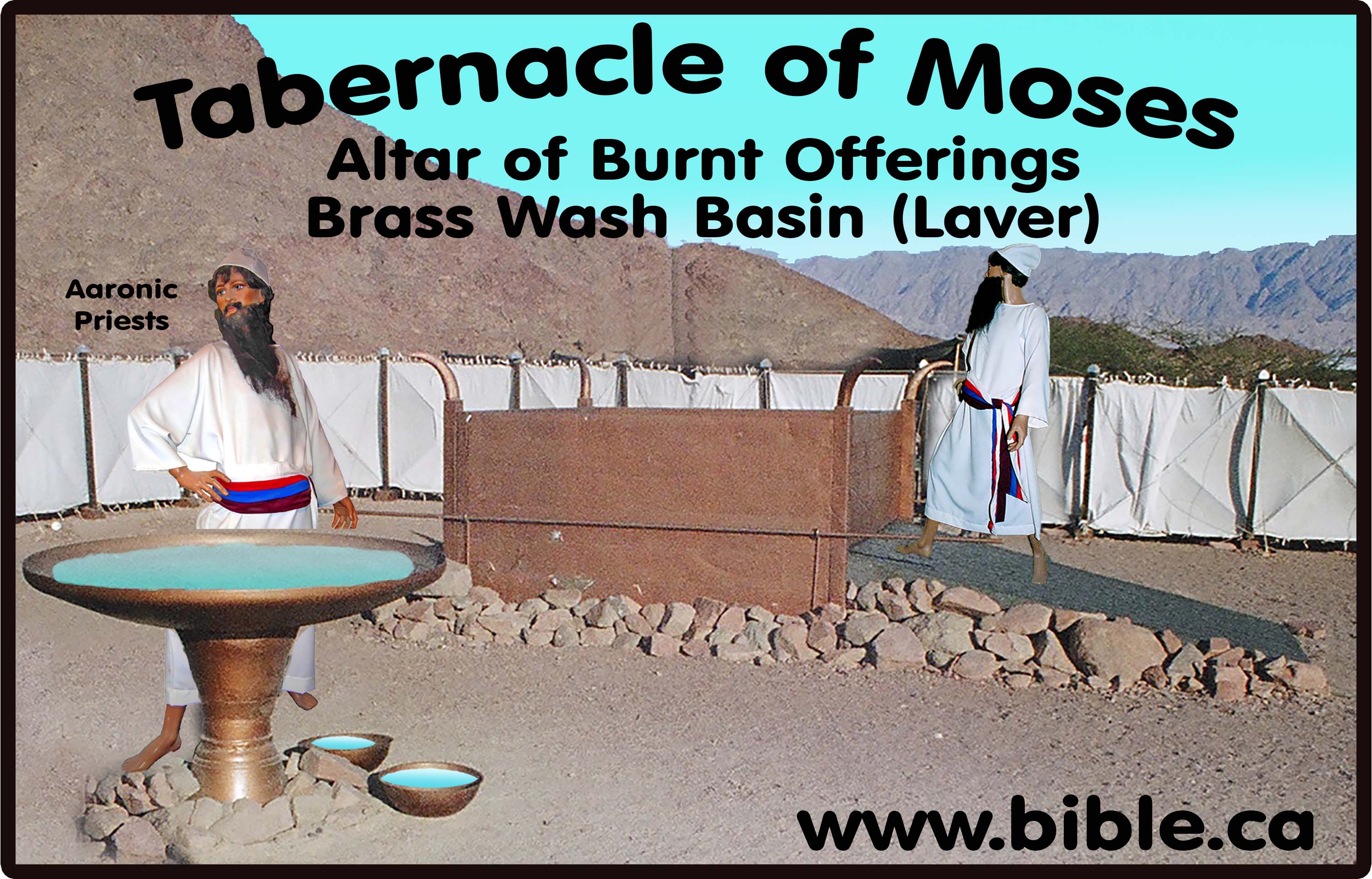 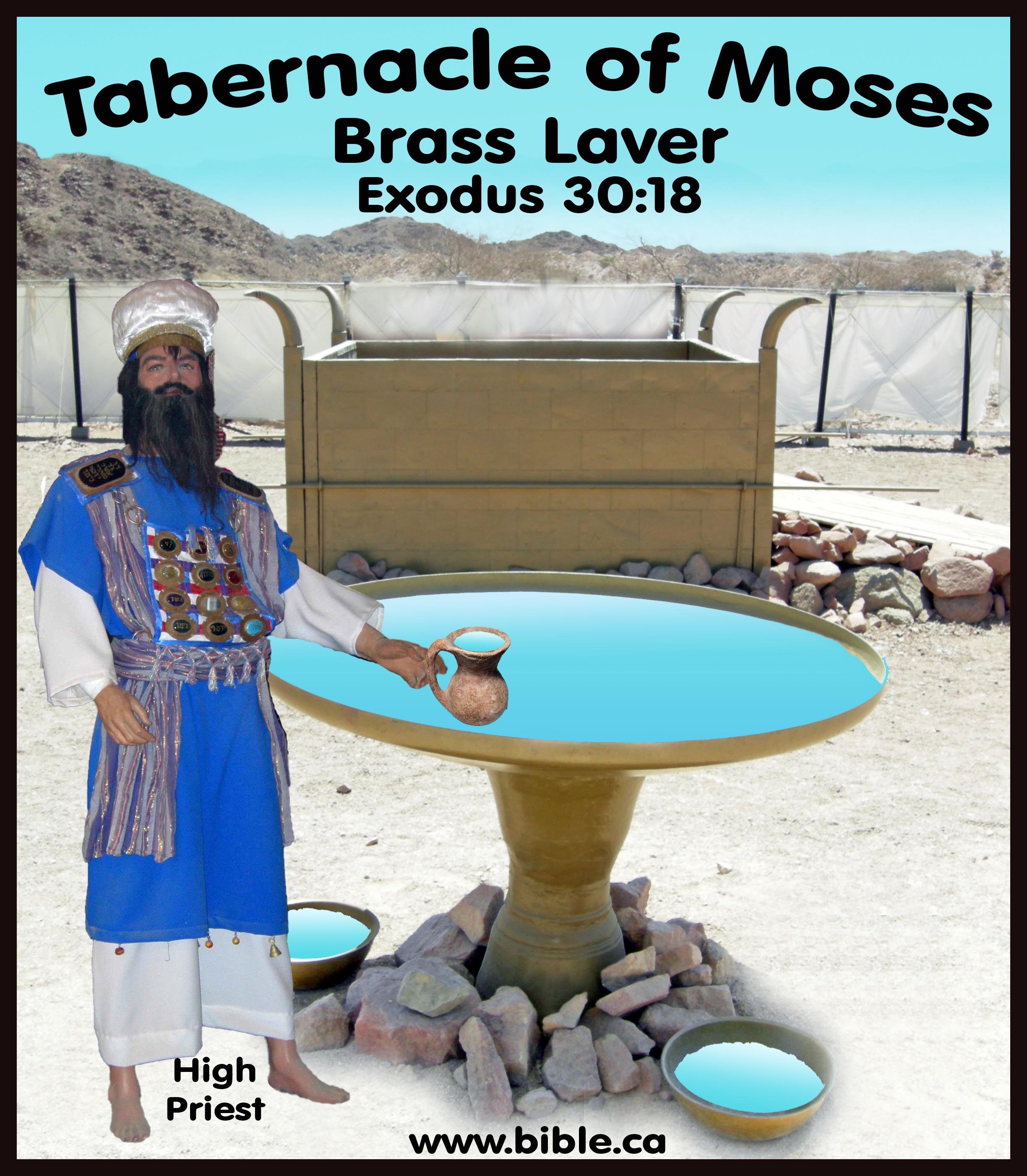 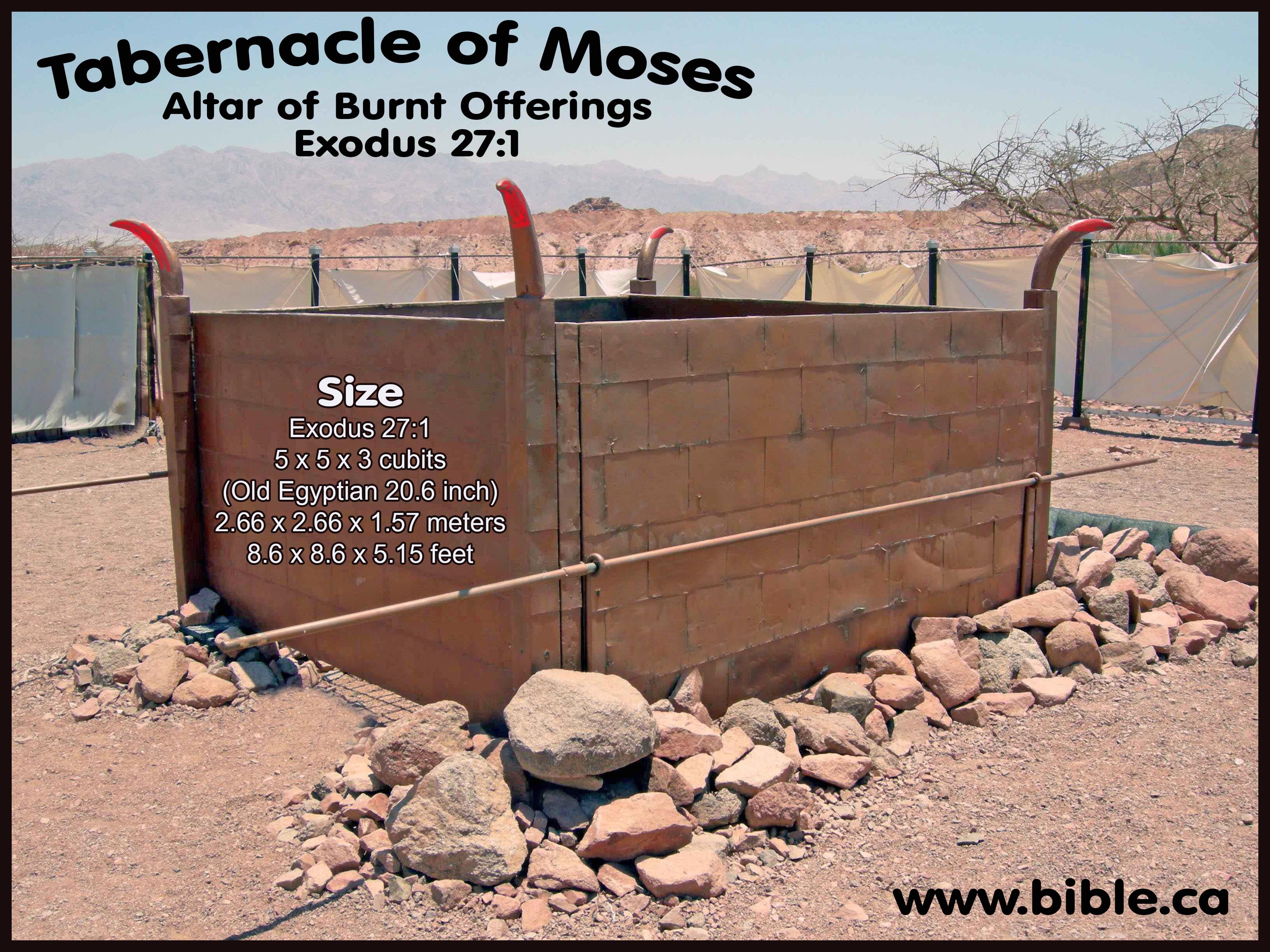 Events at this location:

1.      Abraham built an altar near or at Ai when he first arrived from Haran:

a.      “Then he proceeded from there to the mountain on the east of Bethel, and pitched his tent, with Bethel on the west and Ai on the east; and there he built an altar to the Lord and called upon the name of the Lord. Abram journeyed on, continuing toward the Negev. Now there was a famine in the land; so Abram went down to Egypt to sojourn there, for the famine was severe in the land.” (Genesis 12:8–10)

2.      Abraham left Egypt and returned to where he built his altar at or near Ai:

b.      This is when Lot chose to live near Sodom and God have Abraham the land.

3.      Ai was the second town defeated in the Israeli conquest of 1400 BC. The first time Israel tried take Ai, they were defeated and 36 men were killed, because Achan had hid some gold bars under his tent where was forbidden by God. He was identified by lot and was stoned. The second attempt was successful.

4.      This story shows that a single sinful person in a church can have a spiritual impact on others. For example, when a high profile member is exposed for having an affair, people will always quite church to their own personal doom.

6.      The town was rebuilt sometime before the Babylonian captivity of 586 BC. Malcam was the patron god of both Ai and Rabba.

7.      Some men from Ai returned from Babylon and may have lived in the city again.

8.      We have uncovered a house that dates from the first century.

9.      We have also uncovered a byzantine church from about 400 AD. This is important because these churches were often built on significant locations that marked some event in history.

1.     "Then he proceeded from there to the mountain on the east of Bethel, and pitched his tent, with Bethel on the west and Ai on the east; and there he built an altar to the LORD and called upon the name of the LORD. " (Genesis 12:8)

2.     "He went on his journeys from the Negev as far as Bethel, to the place where his tent had been at the beginning, between Bethel and Ai, " (Genesis 13:3)

3.     "But the sons of Israel acted unfaithfully in regard to the things under the ban, for Achan, the son of Carmi, the son of Zabdi, the son of Zerah, from the tribe of Judah, took some of the things under the ban, therefore the anger of the LORD burned against the sons of Israel. Now Joshua sent men from Jericho to Ai, which is near Beth-aven, east of Bethel, and said to them, "Go up and spy out the land." So the men went up and spied out Ai. They returned to Joshua and said to him, "Do not let all the people go up; only about two or three thousand men need go up to Ai; do not make all the people toil up there, for they are few." So about three thousand men from the people went up there, but they fled from the men of Ai. The men of Ai struck down about thirty-six of their men, and pursued them from the gate as far as Shebarim and struck them down on the descent, so the hearts of the people melted and became as water. " (Joshua 7:1-5)

4.     "Now the LORD said to Joshua, "Do not fear or be dismayed. Take all the people of war with you and arise, go up to Ai; see, I have given into your hand the king of Ai, his people, his city, and his land. "You shall do to Ai and its king just as you did to Jericho and its king; you shall take only its spoil and its cattle as plunder for yourselves. Set an ambush for the city behind it." So Joshua rose with all the people of war to go up to Ai; and Joshua chose 30,000 men, valiant warriors, and sent them out at night. He commanded them, saying, "See, you are going to ambush the city from behind it. Do not go very far from the city, but all of you be ready. "Then I and all the people who are with me will approach the city. And when they come out to meet us as at the first, we will flee before them. "They will come out after us until we have drawn them away from the city, for they will say, 'They are fleeing before us as at the first.' So we will flee before them. "And you shall rise from your ambush and take possession of the city, for the LORD your God will deliver it into your hand. "Then it will be when you have seized the city, that you shall set the city on fire. You shall do it according to the word of the LORD. See, I have commanded you." So Joshua sent them away, and they went to the place of ambush and remained between Bethel and Ai, on the west side of Ai; but Joshua spent that night among the people. Now Joshua rose early in the morning and mustered the people, and he went up with the elders of Israel before the people to Ai. Then all the people of war who were with him went up and drew near and arrived in front of the city, and camped on the north side of Ai. Now there was a valley between him and Ai. And he took about 5,000 men and set them in ambush between Bethel and Ai, on the west side of the city. So they stationed the people, all the army that was on the north side of the city, and its rear guard on the west side of the city, and Joshua spent that night in the midst of the valley. It came about when the king of Ai saw it, that the men of the city hurried and rose up early and went out to meet Israel in battle, he and all his people at the appointed place before the desert plain. But he did not know that there was an ambush against him behind the city. Joshua and all Israel pretended to be beaten before them, and fled by the way of the wilderness. And all the people who were in the city were called together to pursue them, and they pursued Joshua and were drawn away from the city. So not a man was left in Ai or Bethel who had not gone out after Israel, and they left the city unguarded and pursued Israel. Then the LORD said to Joshua, "Stretch out the javelin that is in your hand toward Ai, for I will give it into your hand." So Joshua stretched out the javelin that was in his hand toward the city. The men in ambush rose quickly from their place, and when he had stretched out his hand, they ran and entered the city and captured it, and they quickly set the city on fire. When the men of Ai turned back and looked, behold, the smoke of the city ascended to the sky, and they had no place to flee this way or that, for the people who had been fleeing to the wilderness turned against the pursuers. When Joshua and all Israel saw that the men in ambush had captured the city and that the smoke of the city ascended, they turned back and slew the men of Ai. The others came out from the city to encounter them, so that they were trapped in the midst of Israel, some on this side and some on that side; and they slew them until no one was left of those who survived or escaped. But they took alive the king of Ai and brought him to Joshua. Now when Israel had finished killing all the inhabitants of Ai in the field in the wilderness where they pursued them, and all of them were fallen by the edge of the sword until they were destroyed, then all Israel returned to Ai and struck it with the edge of the sword. All who fell that day, both men and women, were 12,000—all the people of Ai. For Joshua did not withdraw his hand with which he stretched out the javelin until he had utterly destroyed all the inhabitants of Ai. Israel took only the cattle and the spoil of that city as plunder for themselves, according to the word of the LORD which He had commanded Joshua. So Joshua burned Ai and made it a heap forever, a desolation until this day. He hanged the king of Ai on a tree until evening; and at sunset Joshua gave command and they took his body down from the tree and threw it at the entrance of the city gate, and raised over it a great heap of stones that stands to this day. " (Joshua 8:1-29)

6.     "Now it came about when Adoni-zedek king of Jerusalem heard that Joshua had captured Ai, and had utterly destroyed it (just as he had done to Jericho and its king, so he had done to Ai and its king), and that the inhabitants of Gibeon had made peace with Israel and were within their land, that he feared greatly, because Gibeon was a great city, like one of the royal cities, and because it was greater than Ai, and all its men were mighty. " (Joshua 10:1-2)

10.  ""Wail, O Heshbon, for Ai has been destroyed! Cry out, O daughters of Rabbah, Gird yourselves with sackcloth and lament, And rush back and forth inside the walls; For Malcam will go into exile Together with his priests and his princes. " (Jeremiah 49:3)

By Steve Rudd. Contact author with comments or questions.