The Exodus Route: The Succoth Stop

The stop at Succoth was not to rest, it was to collect the Hebrew workers at the Egyptian controlled copper and turquoise mines at Serabit el-Khadim. They travelled day and night by miracle. Two Egyptian copper/turquoise mines were in full operation in 1446 BC in the Sinai. 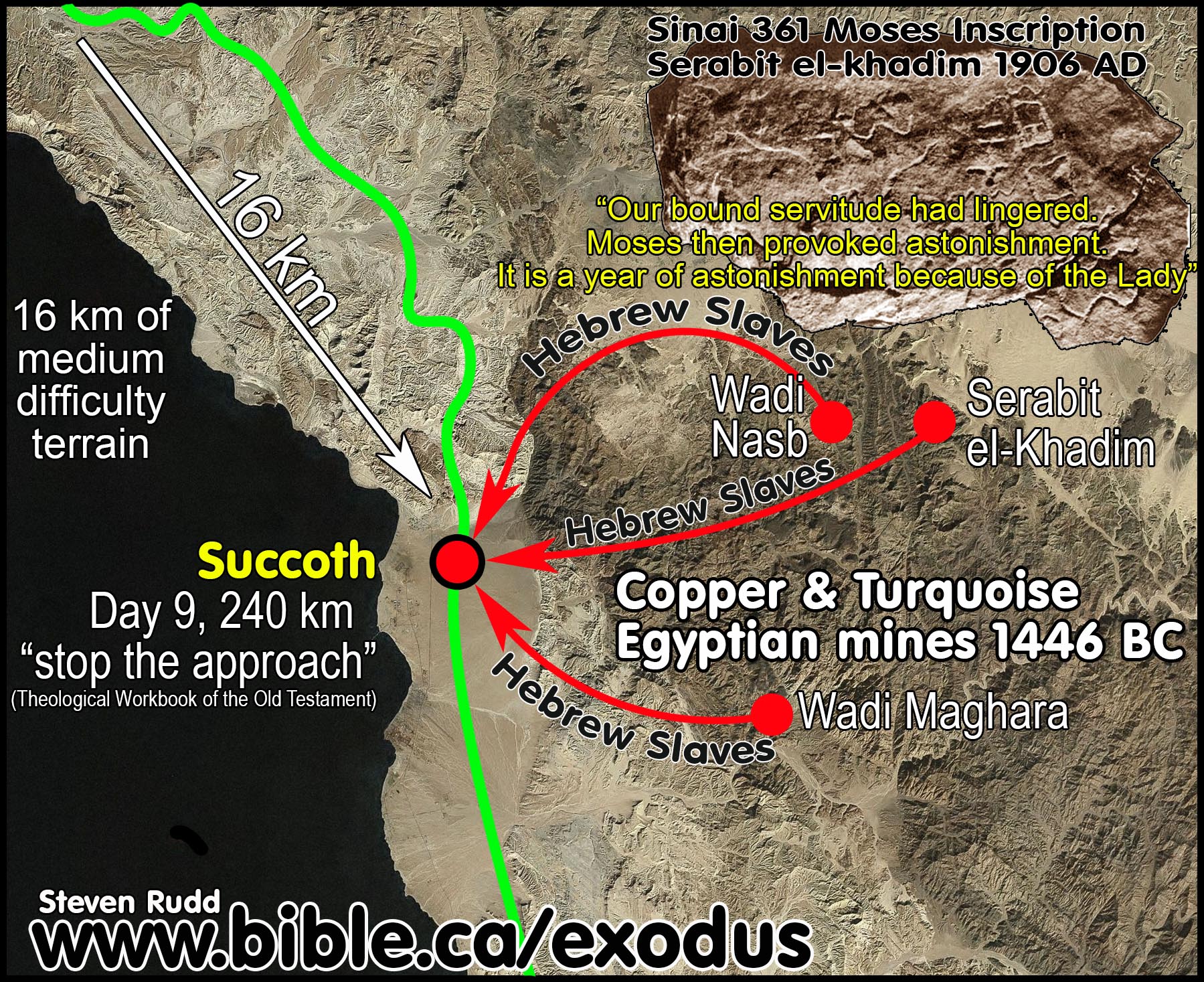 2.      We have no idea exactly where Succoth is located, however we can get a clue based upon the name and the proximity of the Egyptian mines.

3.      The stop at Succoth was not to rest, it was to collect the Hebrew workers at the Egyptian controlled copper and turquoise mines at Serabit el-Khadim.

·       Miracles of the Exodus and Red Sea Crossing

1.          The stop at Succoth was not to rest, it was to collect the Hebrew workers at the Egyptian copper and turquoise mines at Serabit el-Khadim.

2.          It is important to understand that Israel travelled day and night without stopping.

b.       See also: Miracles of the Exodus and Red Sea Crossing

3.          They likely stopped for brief food breaks to eat their unleavened bread.

a.        "The Egyptians urged the people, to send them out of the land in haste, for they said, “We will all be dead.” So the people took their dough before it was leavened, with their kneading bowls bound up in the clothes on their shoulders." (Exodus 12:33–34)

c.        This changes all the “how many miles did they travel in a day” calculations. 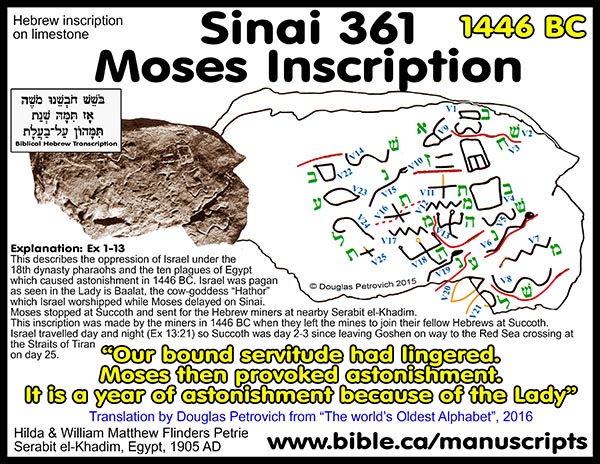 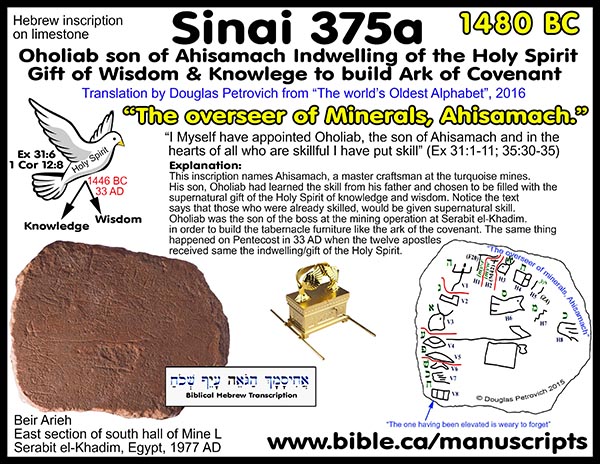 a.        Pictured left above is Sinai Inscription #361 (dated to 1446 BC) which translates from Hebrew into English, “Our bound servitude had lingered. Moses then provoked astonishment. It is the year of astonishment because of the Lady [Hathor-the cow goddess]”. See details: Sinai Moses Inscription 361”.

b.       Pictured right above is Sinai Inscription #375a (dated to 1480 BC) which translates from Hebrew into English, “The overseer of Minerals, Ahisamach.” This Ahisamach is also named in the bible: Exodus 31:1–11. See details: Sinai Moses Inscription 361”.

d.       The language was unknown and they sat in museums till Douglas Petrovitch recognized them as Hebrew and translated them in 2016 AD.

e.        The now famous “Moses Inscription” (Sinai 361) is the first archeological confirmation of Moses ever to be discovered.

f.         The inscriptions are proof of a sizable slave population working at the mines.

5.          Moses would know about this slave population working at the mine and he would certainly stop to collect the men.

a.        These men would have wives and children asking Moses to stop and get their husbands and fathers.

b.       Moses could send runners ahead of the main group to instruct them to start packing up and make the short trip.

6.          Distances between Succoth and the mines at Serabit el-Khadim

c.        This journey is an easy day trip for the slave miners to join Moses camped at Succoth.

Below is the location of Succoth on the southern edge of the mountain range on the coastal flat:

Below is the coastal plain north of Succoth:

Below is the coastal plain south of Succoth at modern Al Tur:

F. How the traditional choice for Succoth fails: