Synagogue allusions in the New Testament 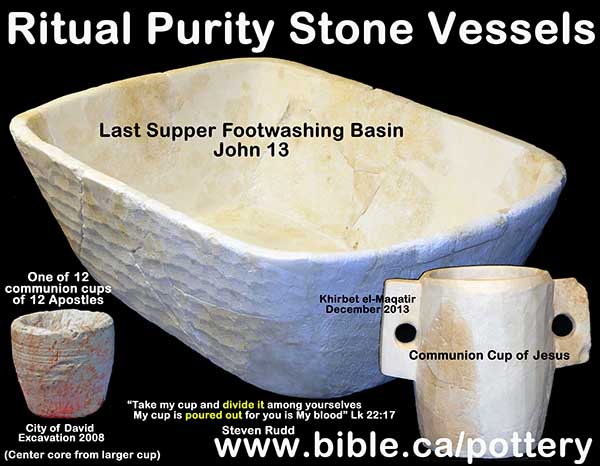 A. Allusions to ritual purity and the Synagogue Mikveh in the New Testament:

a.       "Therefore Jesus no longer continued to walk publicly among the Jews, but went away from there to the country near the wilderness, into a city called Ephraim; and there He stayed with the disciples. Now the Passover of the Jews was near, and many went up to Jerusalem out of the country before the Passover to purify themselves." (John 11:54–55)

b.      "Draw near to God and He will draw near to you. Cleanse your hands, you sinners; and purify your hearts, you double-minded." (James 4:8)

c.       "instructing us to deny ungodliness and worldly desires and to live sensibly, righteously and godly in the present age, looking for the blessed hope and the appearing of the glory of our great God and Savior, Christ Jesus, who gave Himself for us to redeem us from every lawless deed, and to purify for Himself a people for His own possession, zealous for good deeds." (Titus 2:12–14)

d.       "“Therefore do this that we tell you. We have four men who are under a vow; take them and purify yourself along with them, and pay their expenses so that they may shave their heads; and all will know that there is nothing to the things which they have been told about you, but that you yourself also walk orderly, keeping the Law. “But concerning the Gentiles who have believed, we wrote, having decided that they should abstain from meat sacrificed to idols and from blood and from what is strangled and from fornication.” Then Paul took the men, and the next day, purifying himself along with them, went into the temple giving notice of the completion of the days of purification, until the sacrifice was offered for each one of them." (Acts 21:23–26)

2.      Ritual purity that would include a mikveh:

b.             "He saved us, not on the basis of deeds which we have done in righteousness, but according to His mercy, by the washing of regeneration and renewing by the Holy Spirit," (Titus 3:5)

c.              "let us draw near with a sincere heart in full assurance of faith, having our hearts sprinkled clean from an evil conscience and our bodies washed with pure water." (Hebrews 10:22)

d.             "When Pilate saw that he was accomplishing nothing, but rather that a riot was starting, he took water and washed his hands in front of the crowd, saying, “I am innocent of this Man’s blood; see to that yourselves.”" (Matthew 27:24)

g.             "Therefore leaving the elementary teaching about the Christ, let us press on to maturity, not laying again a foundation of repentance from dead works and of faith toward God, of instruction about BAPTISMS [Greek: immersions in a Jewish Mikveh] and laying on of hands, and the resurrection of the dead and eternal judgment." (Hebrews 6:1–2)

a.       Jesus said to peter: “you are clean, you only need your feet washed”. Peter wanted a full immersion.

b.      "Then He poured water into the basin, and began to wash [Greek: Louō] the disciples’ feet and to wipe them with the towel with which He was girded. So He came to Simon Peter. He said to Him, “Lord, do You wash my feet?” Jesus answered and said to him, “What I do you do not realize now, but you will understand hereafter.” Peter said to Him, “Never shall You wash my feet!” Jesus answered him, “If I do not wash you, you have no part with Me.” Simon Peter said to Him, “Lord, then wash not only my feet, but also my hands and my head [ie. full immersion in a mikveh].” Jesus said to him, “He who has bathed [Greek: Louō] needs only to wash his feet, but is completely clean; and you are clean, but not all of you.”" (John 13:5–10)

c.       "let us draw near with a sincere heart in full assurance of faith, having our hearts sprinkled clean from an evil conscience and our bodies washed [Greek: Louō] with pure water." (Hebrews 10:22)

1.      Jesus was called Rabbi (teacher) and he dressed like a Rabbi complete with the distinctive “tassels” [Graspedon]

a.       "“But they do all their deeds to be noticed by men; for they broaden their phylacteries and lengthen the tassels [Graspedon] of their garments." (Matthew 23:5)

a.       "And a woman who had been suffering from a hemorrhage for twelve years, came up behind Him and touched the fringe [Graspedon] of His cloak;" (Matthew 9:20)

b.      "and they implored Him that they might just touch the fringe [Graspedon] of His cloak; and as many as touched it were cured." (Matthew 14:36)

a.       "My brethren, do not hold your faith in our glorious Lord Jesus Christ with an attitude of personal favoritism. For if a man comes into your assembly [synagogue] with a gold ring and dressed in fine clothes, and there also comes in a poor man in dirty clothes, and you pay special attention to the one who is wearing the fine clothes, and say, “You sit here in a good place,” and you say to the poor man, “You stand over there, or sit down by my footstool,” have you not made distinctions among yourselves, and become judges with evil motives?" (James 2:1–4)

b.      "Is anyone among you sick? Then he must call for the elders of the church [ecclesia] and they are to pray over him, anointing him with oil in the name of the Lord;" (James 5:14)